Tech Draft: Is Hamilton’s Mercedes legal or not? 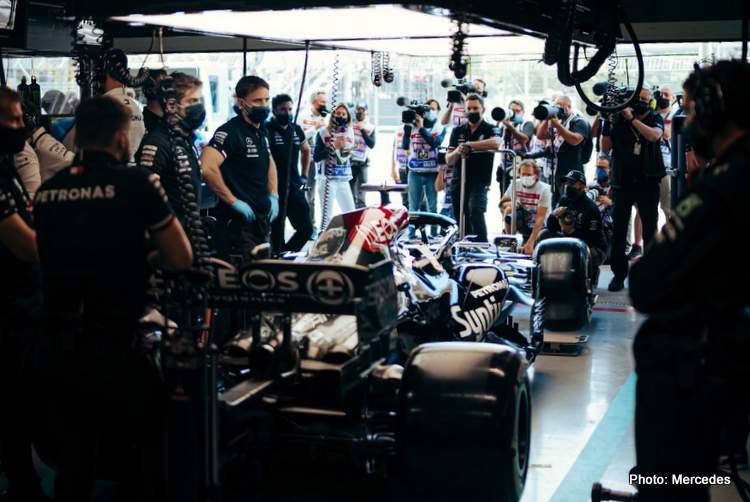 It’s not going to be too much of a surprise to regular Tech Draft readers that I want to take a negative slant in this issue, focusing on the eventful weekend of the Sao Paulo aka the Brazilian Grand Prix.

The first negative is the rationale behind my use of the term pseudo. In 2021 they’ve rebranded the Interlagos event as the Sao Paulo Grand Prix but being a purist, I don’t swallow it. I think if an event is the sole Grand Prix in a country, it should be titled as the Grand Prix of that country, irrespective of who is footing the bill.

My next frustration is the way in which Mercedes driver Lewis Hamilton’s disqualification from Friday’s qualifying has been portrayed in general by the media. Unfortunately, by failing the binary testing process for the DRS opening of his rear wing the disqualification is fair and just, as tough as it may seem.

But, in general, the media has reported that the DQ was because the DRS gap was too large, and that is simply incorrect.

Rather, the intent of the technical regulations, and the resultant test, is that not only must the DRS gap be a maximum of 85mm, but the test piece must not be pushed through the gap with a force exceeding 10 Newtons.

This is to ensure that, not only is the maximum DRS gap conforming, but also that the wing skin does not flex under load to increase the gap.

Many are questioning if the Mercedes is indeed legal

Personally, I have my doubts that somehow the wing was broken. I feel this way because in the absence of the intent for the wing skin to flex, the only modes of failure I can think of is delamination of the skin itself or delamination of an internal rib (or spar), and both of those modes would result in a very swift catastrophic collapse of the wing section.

My greater frustration this weekend is that, once again because I am a purist, Mercedes did everything that F1 is about, and engineering and driving excellence resulted in astounding speed rewarding the team and Hamilton with an amazing win.

But instead, many are questioning if the Mercedes is indeed legal.

If 2021 leaves a legacy, it might be that F1 Championship front runners have now set a new standard in the use of the media to question the honesty of those who dare to attempt to innovate at all. And, that goes for both Mercedes and Red Bull.

Why can’t we simply celebrate those who are bold and inventive enough to find an advantage, rather than being led to believe something more sinister?

I don’t ever want F1 to be a circus circulating within a couple of tenths of each other waiting for luck to strike, for them to win. F1 needs to be something deeper and more intellectual than that.