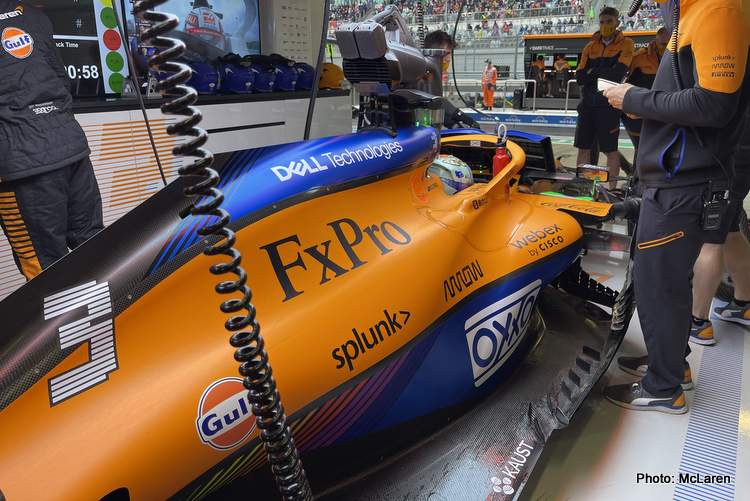 McLaren Group have released deny that Audi is set to buyout the British manufacturer, and with it also acquire the Formula 1 team which would provide a fast-track to the sport at the highest level for the German auto giant which includes Volkswagen and Porsche in the group.

But McLaren released a stern denial today, seeking to have the original report spiked: They said in an email statement:

“McLaren Group is aware of a news media report stating it has been sold to Audi. This is wholly inaccurate and McLaren is seeking to have the story removed.

“McLaren’s technology strategy has always involved ongoing discussions and collaboration with relevant partners and suppliers, including other carmakers, however, there has been no change in the ownership structure of the McLaren Group,” concluded the statement.

Earlier reports emerged that potential buyout of the whole McLaren Group by Audi, the German Automaker part of the Volkswagen Group.

Autocar reported based on a source, that Audi has bought a controlling stake in the McLaren group, hinting that it would “secure an entry” for the German Automaker into Formula 1.

McLaren has been suffering of financial difficulties recently, and back in April, 2021, the Woking based group announced that it has sold its famous 840,000 square foot facility, known as the McLaren Technology Center, to American firm, Global Net lease for £170 million, on a leaseback basis.

Autocar claims that the buyout will “secure the future of McLaren, which has been operating under heavy financial pressures” and that Volkswagen Group now has access into a potential future F1 foray.

VW has been involved in the latest discussions between F1 stakeholders about the new Power Units to be used in the sport from 2026 onwards, with speculation that both Audi and Porsche, members of the giant German automaker group looking for some kind of involvement in the sport.

Porsche has been linked with a future collaboration with Red Bull racing whose PU suppliers Honda, are currently leaving F1 at the end of the 2021 season.

BREAKING: An Autocar source says Audi has bought the entire McLaren Group with plans to enter its own team in Formula 1 https://t.co/7ZwzjLdxgz pic.twitter.com/nSCpzSFUia