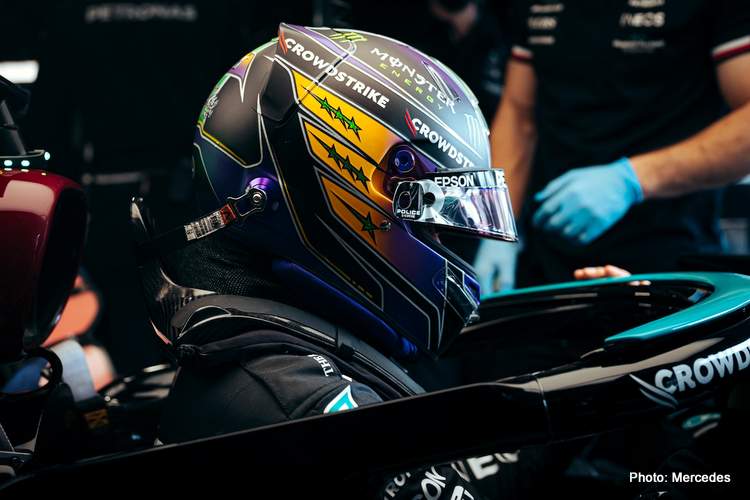 Defending Formula 1 World Champion Lewis Hamilton’s championship hopes have been dealt a big blow after it was confirmed he will serve a grid penalty for the Sao Paulo Grand Prix.

Hamilton will be demoted five places for Sunday’s race at Interlagos after Mercedes changed his engine for the fifth time this season.

The British driver, who trails Max Verstappen by 19 points, will take the potentially title-damaging punishment following the conclusion of Saturday’s sprint race.

It means even if he wins the shortened race on Saturday, he will start Sunday’s main event no higher than sixth.

Mercedes believe taking the punishment here will at least allow Hamilton to compete for points in the sprint race – the third and concluding event of the season.

The winner of Saturday’s race takes three points, the runner-up two points, and third place, one point. The result also determines the grid for the grand prix on Sunday.