Bottas: For nine years I’ve not been able to think long-term 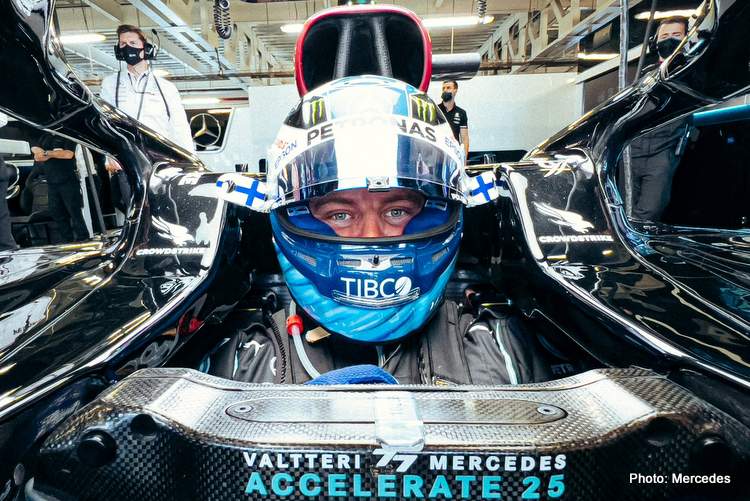 Valtteri Bottas revealed to reporters ahead of the 2021 Sao Paulo Grand Prix that signing a multi-year deal with Alfa Romeo was an unexpected boost to his confidence.

In retrospect, Bottas was doomed to play number two from the moment he took over Nico Rosberg’s side of the Mercedes garage, alongside Lewis Hamilton.

The “perfect wingman“, as Mercedes boss Toto Wolff touted the Bottas, will be his legacy with a team he helped win four F1 constructors’ titles and backing Hamilton up when needed for the four titles he added to his CV since the Finn’s arrival at Brackley.

Speaking to reporters about his new deal, ahead of the race weekend at Interlagos, Bottas admitted: “It had a bigger effect to me than I thought it would have.

“Once everything was done and I knew what I was going to do for the next few years, I just felt a bit more freedom, less pressure in a way, almost like a weight lifted off my shoulders, that feeling.

“That’s something I never had before and I know I can focus on something with the team, with the people around me for a few years ahead, not just focusing on one year. Normally, it’s like six months I need to spend fighting for my seat.

Bottas: Every year there were discussion about who will be in the seats

“Just being able to have that kind of trust from a team that they know I’m going do the best I can for a few years, it just feels good. I can just really focus on the job and think about what I’m going to do next year,” explained Bottas.

The 32-year-old has won ten times for Mercedes but confessed that the year-to-year deal he had with the team was taxing. Every end of the year he was prime time talk of the Silly Season, many predicting this time last year he would be replaced by Russell. They were wrong, he survived another year.

Bottas continued: “Everyone is an individual, how they cope with pressure and which kind of pressure and the length of the pressure but for me, five years in that similar situation never being able to think further than six months, for me, didn’t work.

“It was definitely easier in the beginning, even though there were always discussions pretty much every year, like who will be in the seats, which was a distraction. Don’t forget it was a similar thing for me with Williams more or less, there were always options in the contract, one-year things.

“Now it’s been basically almost nine years always, you know, not being able to think long-term and what was long-term,” added Bottas, who will line up for his 175th Grand Prix, with only this weekend’s race in Brazil and three more as a Mercedes driver. (Additional reporting by Agnes Carlier)