Tech Draft: In F1 it’s never just about the driver nor the car 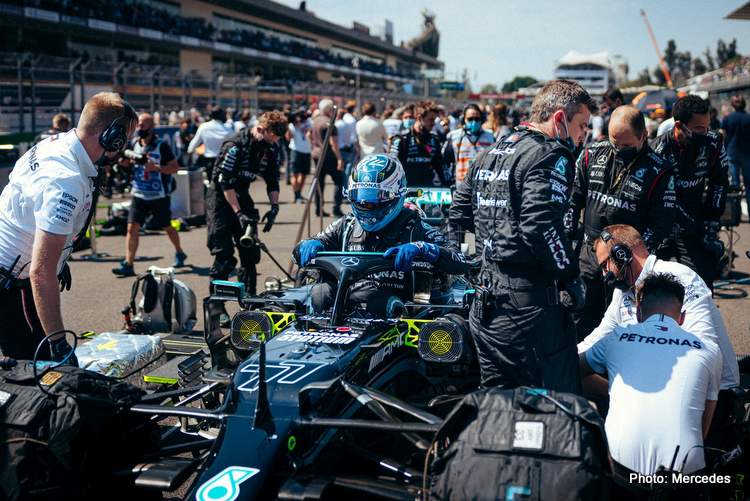 In the wake of the 2021 Mexico City Grand Prix, Lewis Hamilton made several comments implying that the determining performance factor in recent races is attributable directly to Red Bull’s RB16B.

Whilst it is quite possible that Hamilton was indeed simply making an observation that at this moment in time during the 2021 season the Red Bull is simply faster than the Mercedes W12, his comments may have inadvertently or not invoked the age-old and well-worn argument when specific chassis and driver combinations rise to the top of the performance tree. Is it the car or is it the driver?

Before I proceed any further with this piece let me make it easy for those of you who wish to debate what Hamilton’s intent was when he made the comments; you may as well stop reading right now because that is not what I will discuss in this article.

Rather, I want to explore the following questions:

For anyone who has worked in F1 in a trackside technical capacity, it isn’t difficult to answer the first question. The experienced trained eye can quite quickly pick a good car because there really are only two things to consider, chassis behavioural characteristics and lap time, and at the F1 level, that is irrespective of who is driving.

A misbehaving chassis never produces good lap time. Even when watching a modern 2021 F1 car on TV, not only can we see how well a good chassis is behaving in comparison to a not-so-good one. But if we look harder, we can also see behavioural differences between the front row, when one beats the other to pole by 0.1 seconds.

Determining the driver talent level is a little more complex. Generally, drivers behave in reaction to chassis behaviour and manhandling a chassis seldom reflects better lap time. In a good chassis, great talent shines, but that is not necessarily always the case in a bad one.

Of course, there are exceptions, and Ayrton Senna in the 97T, 98T, and 99T Lotus’s are good examples. By that stage in the fabled team’s history, the chassis they produced at the time wasn’t revered like Colin Chapman’s masterpieces once were, but somehow Senna managed to score poles, and the occasional win.

The other end of the scale for instance is the well-known struggles of Senna and the Williams FW16 in early 1994, prior to his death, or Nigel Mansell’s disastrous attempt at a McLaren career in the MP4-10. Sometimes even an F1 World Champion can’t make a bad chassis look good.

Upon reviewing what I have just written I realize that the years away from the sport have resulted in me neglecting one critically important aspect.

For someone inside the operational garage bubble environment of an F1 team, what differentiates a good driver from a great driver is the ability to influence positive change in the chassis’ behaviour.

I remember very well in 1993 during his debut year with Williams, Damon Hill copped plenty of flack in the media about his ability in such a dominant car. In fact, there was the infamous “Drover’s Dog” editorial letter published by Autosport implying that even a trained dog could get podium results in that year’s active Williams FW15C.

An unfortunate, naïve, and so incorrect statement.

A critical part of the rationale why the FW15C was so dominant was Damon himself, justifying why he was indeed a great driver, and inevitably an F1 World Champion.

Through serving his apprenticeship pounding circuits for thousands upon thousands of kilometres in testing. Damon had learnt very well the black art of understanding what his car was doing beneath him, communicating it to his engineers, and being intrinsic in the formulation of the solutions to chassis behaviour improvement.

Generally, at the front end of the F1 grid, the outstanding drivers are driving outstanding chassis because their feedback has been integral to its design and development.

So, sure, in isolation, we can pick outstanding driver talent, and we might even be able to point to a great chassis. But, when it comes to determining F1 World Championship contenders, it is impossible to attribute either as the primary performance differentiator.

Indeed, F1 is one of the greatest team sports on the planet, and championships are only ever won when driver, chassis and team all combine at the highest level.