Inside Line: Did Red Bull sucker punch Mercedes in Mexico? 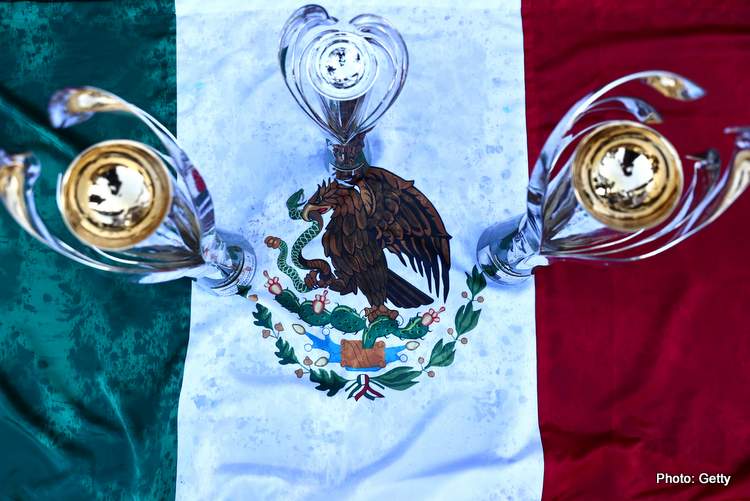 There have been many theories about how and why Red Bull’s Max Verstappen ‘failed’ in qualifying for the 2021 Mexican Grand Prix, but I suggest they sucker-punched Mercedes and all of us to boot!

The facts are that Valtteri Bottas delivered a stonker of a lap to take pole which teammate and title contender Lewis Hamilton could not match, he was good for second, and a Mercedes front-row lock-out nevertheless was the surprise result, with the Merc camp left bewildered.

The Red Bull boys were third and fourth, Verstappen starting behind Bottas from third and Sergio Perez from fourth. A second-row lockout was an apparent fail for the team who had the handier car around Autodromo Hermanos Rodriguez, and had been so much quicker in FP3 a few hours before qualy.

In the hours between the end of FP3 and Qualifying on Saturday in Mexico, Mercedes found a lot more time than Red Bull if one considers the performance gains between the sessions:

Hence the narrative of how qualifying was won by Mercedes and lost by Red Bull.

But I am not buying that, we know this team well from the days they cleaned up with Sebastian Vettel – expect the unexpected. I suggest Red Bull did not ‘lose’ qualifying but rather ‘took a dive’ for the bigger picture of winning on Sunday, which Verstappen duly did without breaking a sweat.

Before we delve deeper, had the opposite happened, namely the two Red Bulls on the front row with the Mercedes drivers behind, what would the outcome of Lap one have been?

Provided they both got reasonable starts, it is a sure bet that both Black cars would have gobbled up the Bulls long before Turn 1, as they have the top end speed, and also would have benefitted from the slipstream tow and even a slingshot, perhaps more so than Verstappen did with his surge.

The tiny margins we have in this years F1 title contest made it quite clear that starting on the front row was not ideal in Mexico, with that 800 metres drag to the first turn, the front two cut a hole in the air as we saw.

With this in mind, the Red Bull driver made the most of the tow by going around the outside of the Mercs, then big on the brakes into T1, and the hardest part of Max’s day was over as thereafter he cruised to victory number nine of this season thus far.

However, had he started from the front row, the likelihood is he too would have been gobbled up, although I am sure nothing would have stopped Max’s victory in Mexico on Sunday, being at the front made it a lot easier (and certain) than if he would have been playing catch-up.

But because of some savvy thinking, a day earlier, before qualifying, the template for his dominant victory was already set by his team.

Red Bull would have done the maths and realised they would be out-dragged into T1 had they started on the front row, everyone knew this. So the smart guys in Blue worked out what Mercedes were capable of in qualy which was around high 1:15s or low 1:16s and thus knew what was required from their drivers.

Perhaps with the Honda PU dialled down a tad, they sent their boys out for Q3 with Verstappen tasked to pop a mid 1:16s time which he did.

Pretty much like throwing darts with a blindfold on

With Perez, perhaps in the dark about his team’s cunning ploy, which in the end is always about Max’s title charge, Red Bull gave their drivers enough for around 1:16.5s and a window of about four-tenths between the slowest Mercedes and fifth place.

Their Dutch ace popped the required 1:16.2s to claim row two. All feasible and even probable in this cloak and dagger season.

Verstappen’s final effort in Q3 was scrappy. Deliberately so? Was he shaving off those extra seconds, sandbagging in other words? For a guy that never puts a foot wrong these days, that Q3 effort of his was substandard… AND he was not fuming about it afterwards.

The only argument I hear is how Max, and Checo for that matter, could have aimed for third and fourth and actually get it? Because it’s pretty much like throwing darts with a blindfold on.

True but these are not mere mortals, if you give Max a lap time delta to target be sure he will hit it every time without fail, as most of the drivers on the grid are capable of or at least should be.

On that day in Q3, there was a delta of about four-tenths of a second between Hamilton and fifth place man Pierre Gasly, which was a huge hole for Max and Sergio to aim at even with a blindfold.

Proof? None. And it is highly unlikely that Red Bull or Max will ever own up or even boast about the “Saturday sucker punch” because they may use it again.

For me, the evidence suggests this was no mistake during qualifying from a Red Bull team that is fully on point, delivering impeccable pitstops, getting all the numbers right, tapping into their own impressive F1 title-winning pedigree as the scent of the 2021 titles gets stronger as they head to Brazil next.

In closing, as far as I am concerned it was a sucker punch by Red Bull (with the Oscar-winning poker faces afterwards) who even wondered out aloud where all those Merc-horses came trotting from.

Instead, they had kept their’s in the stable, on purpose, so that on Sunday they could use them to win the race before Turn 1, which Max did.

And that’s how championships are won and lost. That’s my theory.