Tech Draft: Mechanical grip will decide where the title goes 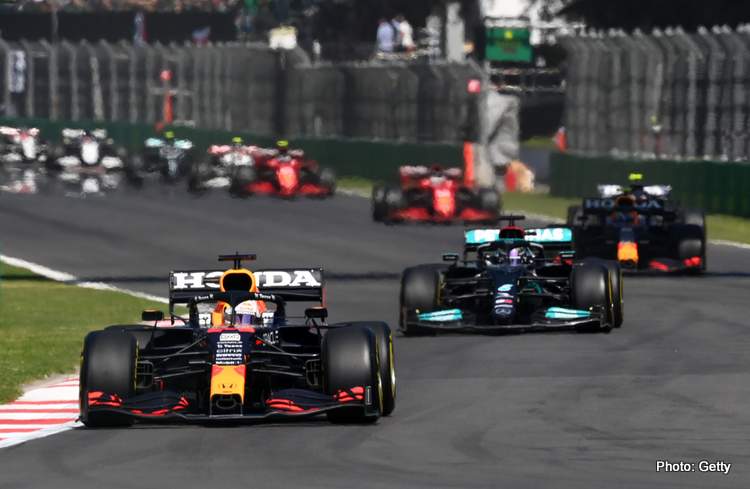 Going into the home stretch making up the final four rounds of the 2021 Formula 1 World Championship, this edition of Tech Draft, examines the most recent technical narratives of the season, and how they might influence the outcome, as mechanical grip may well be a decisive factor.

From The Circuit of the Americas in Texas, the F1 circus travelled south to high-altitude Autódromo Hermanos Rodríguez in Mexico where there was, importantly, a significant elevation difference between the two and a major difference in air quality.

For the empirically minded that’s about 7,500 feet. It wasn’t a trivial difference, and those of you who have been to Mexico City like me will agree. Get to your hotel room, wash the pit garage dirt and dust off your face, unpack and go for a 15-minute walk. You will notice it, 20% less air to respire, your heart works just that bit more in everything you do.

Thus the two most important environmental factors to consider when optimizing an F1 car in Mexico City are the altitude and the atmospheric particulate precipitation. And, they have a primary influence on lap time.

Every year that the F1 bandwagon visits Mexico, it seems the media sets the same narrative, over and over, the impact of the rarefied atmosphere has on power.

Now, don’t get me wrong, of course, it does. But, make no mistake about it, the overall impact on power and the comparative impact between the various power unit variants today in the forced induction hybrid era is nowhere as it was in the days of the normally aspirated internal combustion units.

In the 2021 F1 technical landscape, any quotient of lap time delta between constructors attributed to PU’s at Mexico was minimal. Extremely minimal.

Rather, the primary performance differentiators were aerodynamics, cooling and the often-underestimated capability of mechanical grip.

So, what this means in the context of Mexico is that because the static atmospheric pressure is less due to the altitude, drag is less and therefore so is the resultant downforce.

In Mexico, all F1 teams carry as much wing main plane angle as possible, as much as Monaco in fact, and even then, the resultant vertical load is significantly less.

So, why not just crank the wing angle up more?

Well, the answer is quite simple: any higher wing angle will result in partial or total stall, and that means no downforce at all.

So, if we consider an F1 car sailing down the 1.2km main straight at full throttle with significantly less drag to Turn 1 for a very serious braking event, we now have a problem because the aerodynamic drag that is required to produce the vertical load normally required to achieve that Turn 1 serious level braking event is no longer there.

This is where the mechanical grip of the chassis package steps in and becomes very important: cambers, toes, heaves, dampers, sway bars all become critical in ensuring the combined contact patch at the front end, and the center of gravity and roll center migration towards the front are all optimized.

A similar theory applies on corner exit as well, particularly in preparation for that very moment that on-throttle application becomes binary.

In Mexico, front and rear end attitudinal control becomes king, and it is magnified by a circuit surface characterized by one word, dirty.

In my opinion, Mexico was won in accordance with a trend that has influenced the season in a major way, who had the better mechanical grip capability.

Now, I know Red Bull have had the upper hand in Brazil in recent years, and last year in Abu Dhabi it seemed as though the same was true, but in 2021, we might not really know.

But I will make this one point. The venue for the second to last round this year is soon in Jeddah, in a naturally very dusty environment, still under construction, obviously has never been used before, and has no rubber laid down.

Forget about the narrative of Jeddah being a power circuit.

Jeddah should be a dust bowl for the entire weekend. It will be the realm of the chassis with the best mechanical grip package, which can transmit torque to the new, slippery and dusty surface in the most efficient manner, with the least slip, and where the most significant braking events can be performed.

As a result, he who can excel at Jeddah might be the 2021 World Champion.