Hamilton: We must dig deeper than ever and keep fighting 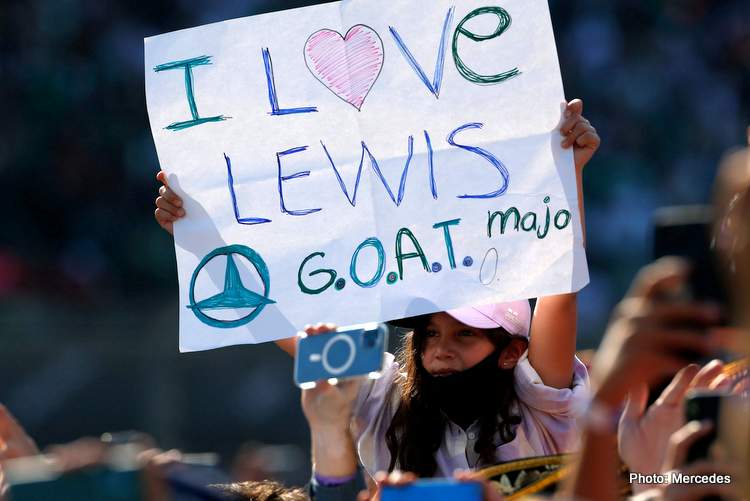 A good night’s sleep and reflection has Lewis Hamilton rallying his Mercedes team to dig deeper in a final push to claim the 2021 Formula 1 World Championship title which, with four rounds remaining, is starting to slip away.

Much was made of Hamilton and Mercedes each winning eight titles this year, but the script has changed from the monotony of previous years as the reigning F1 world champions are on the back foot with the finish line in sight.

After a tense Mexico City Grand Prix, second-placed Hamilton trails race winner Red Bull’s Max Verstappen by 19 points and Mercedes’ gap at the top of the constructors’ standings is down to one point.

After qualifying second, alongside teammate and pole-winner Valtteri Bottas, the Merc camp was upbeat Saturday night but 24-hours later Verstappen basically won the race by out-dragging and then out-braking the front row into Turn 1 and that was that. He was gone.

As articulate as he is, Hamilton can be a bull in a China shop in the heat of the moment and comments he made about third-placed Sergio Perez and Bottas did not go down well.

So much so he felt compelled to explain his words on social media first to clarify his Perez-Bottas comments, and later rally the team.

Hamilton wrote on Instagram: “I left it all out there and sometimes that’s just not enough. We pick ourselves up, dig deeper than we ever have before, and keep on fighting.

Then some more Perez damage control: “I’ve got to wish Checo congrats — first Mexican driver to ever take podium at the Mexico Grand Prix.”

And looking ahead, Lewis added: “Now we are full focus on the remaining races, and man I love Brazil. Push on, still we rise.”

Mercedes team boss Toto Wolff, who faces his first title loss since 2014, told reporters after the race at Autodromo Hermanos Rodriguez: “I am a pretty realistic person, but I love motor racing because anything can happen.

“None of us are leaving this circuit with the mentality that the championship is slipping away from us. “There are four races to go, four wins to take, four DNFs to suffer and we will continue fighting.

“We know we have a great team and we have it all to win. However, when you look at the mathematical probability I would rather be 19 points ahead than behind.

“We leave Mexico – the circuit we probably regarded as one of the worst ones for us – and we go to Brazil which hasn’t been much better in the past. But we believe we can have a solid car and be closer to Red Bull than we were here.

“I hope we can break the pattern because it has been a Bull track. We are going to give it all and try to fight back,” added Wolff, before he and the F1 world jetted further south to Sao Paulo for this weekend’s Brazilain Grand Prix.