Hakkinen: Max won the race at the first corner 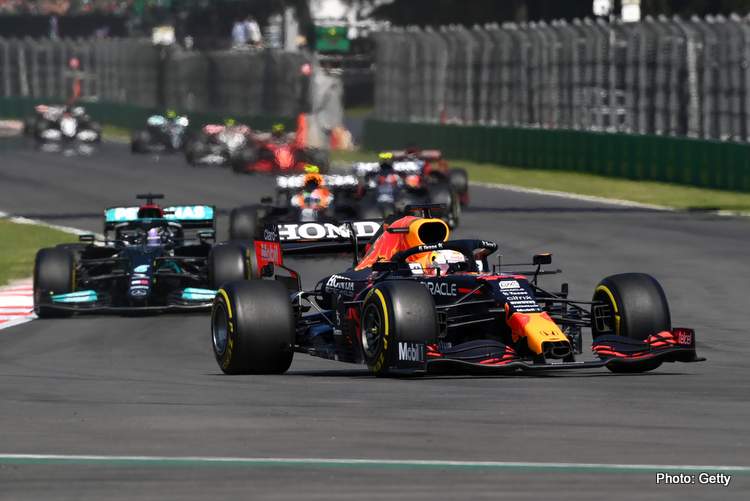 Mika Hakkinen, the 1998 and 1999, Formula 1 World Champion, shared his thoughts on last Sunday’s race in Mexico City, claiming that Max Verstappen won it at the first corner.

The “Flying Finn” was writing in his latest Unibet column about his insights from the 2021 Mexico City Grand Prix, that was dominated by Red Bull’s Max Verstappen after a first lap, first corner pass on the Mercedes duo of Lewis Hamilton and Valtteri Bottas, that kept everyone’s tongues wagging.

The Dutchman’s audacious move secured him the win

“Max won the race at the first corner, using the racing line to brake as late a possible and turn across the two Mercedes,” he said.

“It was a very strong, confident manoeuvre, and with Valtteri being knocked into a spin by Daniel Ricciardo’s McLaren, it meant that Lewis had to fight against the two Red Bulls.”

With Verstappen in the lead and Bottas out of any contention, the focus was on the fight for second between Hamilton and Sergio Perez, but Hakkinen believes Hamilton had it all under control.

“While Max drove into the distance Sergio Perez was able to use the pace of his Red Bull together with a late pit stop for fresh tyres, to put pressure on Lewis in the final laps,” the double World Champion said.

“It was fantastic for the Mexican crowd, and although Lewis was never really in trouble, it underlined Red Bull’s advantage at this circuit. Lewis did well to finish 2nd. This was all about damage limitation,” the ex-McLaren racer claimed.

Title fight is still not over yet

Despite Verstappen’s 19-point lead over Hamilton in the Drivers’ Standings, Hakkinen stresses that all not over yet, as much could still happen.

“There is no doubt that Max’s victory has given him a strong lead in the World Championship with only four races remaining,” the 53-year-old pointed out.

“But in my opinion a lot can still happen in this battle between Red Bull and Mercedes. While the next Grand Prix in Brazil should again suit Max’s car, Lewis Hamilton won at Interlagos in 2016 and 2018,” he recalled.

Despite Brazil – next on the F1 calendar – favoring the Red Bull package, who wins the remaining races is anyone’s guess according to the winner of 20 grands prix.

“We then head to two new circuits in Qatar and Saudi Arabia,” Hakkinen went on, “which means neither team has any data from previous events on which to rely.

“They will of course use simulation technology to predict performance, but you never really know how a car and tyres will work until you start running.

“Red Bull have shown a small but important pace advantage, however I am certain that next four races will produce surprises.

In such closely contested title battles, mental fortitude is paramount as per Hakkinen: “This is when the psychology of the driver and his team will become important.

“When everything is going well it can start to feel easy, but it’s when something goes wrong that championship-winners show just how good they are.”

Hakkinen has been there and done that

The man who battled the Great Michael Schumacher in his day, knows a thing or two about winning championships.

“I won both my World Championships at the final race of the season, so I know what it’s like to have a tight battle,” Hakkinen recollected. “Every point counts, and so too does every technical issue or accident.

“I won in 1998 when Michael Schumacher stalled on the grid in Japan and then suffered a tyre failure, while in 1999 I won the title by just two points from Eddie Irvine.

“You have to keep your focus, and keep working hard with everyone in the team to make sure nothing is taken for granted. If you relax, the other guy is always waiting to take an opportunity,” the 26-time pole sitter said.

Hakkinen is confident that this year’s F1 title race will go down to the wire: “In my experience, therefore, it’s never over until the chequered flag falls on the last race.

“I feel sure this World Championship can go all the way to Abu Dhabi,” he predicted.

“Mercedes will do everything they can to make that happen, and no one should discount Lewis Hamilton’s ability to give Max plenty to think about during these final races. He likes a challenge, and that’s what Max is to Lewis.

“Much can still happen,” Hakkinen concluded.