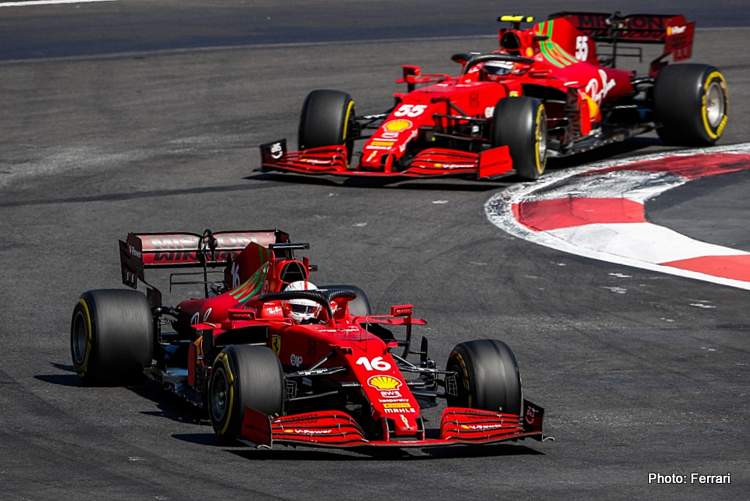 Almost unnoticed amid the epic title battle, Ferrari hauled themselves back above McLaren in the battle for third place in the Formula 1 constructors’ championship after both drivers finished in the points at the Mexico City Grand Prix on Sunday.

From starting the race 3.5 points adrift, the Italian team moved 13.5 clear of their British rivals and with high hopes of making the advantage stick.

It was the third race in a row that Ferrari had outscored McLaren, who enjoyed a points bonanza when they won the Italian Grand Prix one-two at Monza in September.

“We did what we wanted, which was to outscore McLaren by a fair bit,” said Spaniard Carlos Sainz, who finished sixth with teammate Charles Leclerc fifth.

“We had a good opportunity this weekend, we managed it and now we go into the last four races of the season with the upper hand in the championship.

“It´s going to be tight, I think there´s going to be tracks where they (McLaren) are going to have the quicker car but now we need to focus to keep working well as a team like we did today, and keep going forward,” added Sainz

Mercedes and Red Bull are far ahead in the standings but third marks a big improvement for Ferrari, who suffered their worst season in 40 years in 2020 when they ended the campaign sixth overall.

Team boss Mattia Binotto said before the start of this season that third place was the minimum objective.

Formula 1’s oldest and most successful team have not won a race since the Singapore Grand Prix in September 2019. Their last title was in 2008, when they won the constructors’ crown.

McLaren scored only one point on Sunday with Lando Norris finishing tenth while teammate Daniel Ricciardo had his race compromised when he made contact with Valtteri Bottas (Mercedes) in Turn 1 on the opening lap.  (Reporting by Alan Baldwin)