Wolff: Red Bull pace was just on another level 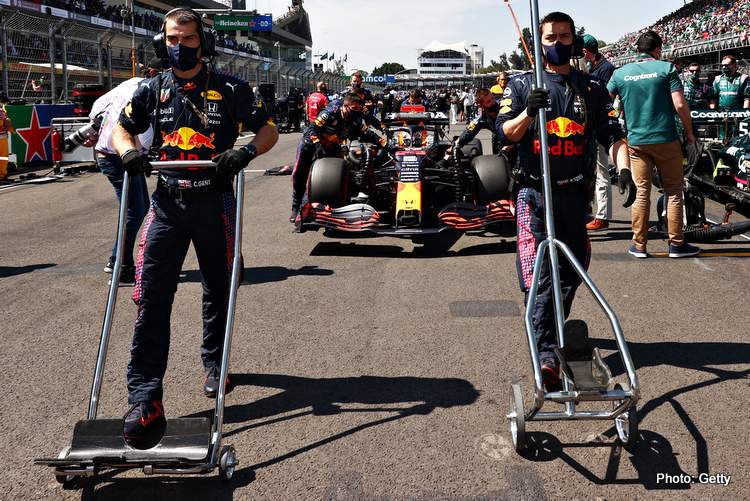 Mercedes owned qualifying for the 2021 Mexico City Grand Prix, annexing the front row with Valtteri Bottas on pole and title contender Lewis Hamilton beside him, but it got no better for them to the chagrin of team boss Toto Wolff.

Saturday was as good as it got for the World Champions, on Sunday the race was dominated by Red Bull’s Max Verstappen, largely thanks to him winning the 800-meter drag race to Turn 1 and nipping through the apex ahead of the field, thanks to some astounding brake work by the Dutch ace.

In retrospect, Bottas gifted Verstappen the left channel, while he inexplicably squeezed right towards his teammate after giving the Red Bull an excellent tow. There was no apparent defence from the Finn.

Wolff noted as much in his post-race interview with Sky F1, “That should not happen. We had two cars in front and seemed to opened up the sea for Max to come around the outside. The spin afterwards when there could have been a third or fourth place is annoying to say the least.

Things got worse for Merc as Bottas was tagged in Turn 1 and sent into a spin which compromised his race, hence he finished out of the points and even his fastest lap effort late in proceedings was futile, as he did not finish in the top ten so did not nab the point.

Hamilton meanwhile spent the day watching Verstappen shrink into the distance while, late in the race, Sergio Perez filled the Mercedes mirrors as the Mexican tried in vain to steal second place with the local crowd baying him along.

But Lewis held out as only he can to take second, but the damage was done as Verstappen increased his lead over the Briton to 19 points with four rounds remaining, while Red Bull closed to within a point of Mercedes in the Formula 1 Constructors’ Championship, they arrived in Mexico 23 points ahead.

Wolff continued: “Overall it’s a day to forget for us. But we have to take the positives, Lewis I thought drove a brilliant race with the equipment he was given, holding on in the way he did for P2. That is really the highlight for me today. Now it’s about picking ourselves up.

“You have to congratulate Red Bull because the pace was just on another level. I don’t think we could have won the race even if we had stayed ahead in the first corner because they could have driven circles around the pit-stops.

“So in the end I think for Lewis’ championship it was damage limitation, as for the constructor Valtteri spinning out Turn 1 was just very painful.

“I don’t know what [Red Bull] did wrong in qualifying and the pace came towards us, but this is the pace we’ve seen on Friday. It’s worse than we had hoped, but we have to take it on the chin,” lamented Wolff.