Verstappen: Looking good but it can turn around quickly 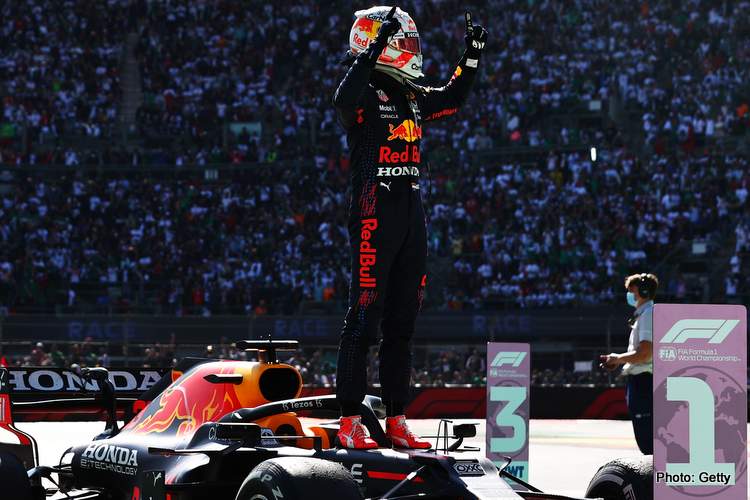 Max Verstappen heads to Brazil with a 19-point-lead in the 2021 Formula 1 World Championship Standings, seven more than he had before dominating the 2021 Mexico City Grand Prix on Sunday.

It’s fair to say his first title is looking more and more likely, but it is also his to lose. He will do well to recall how things can change, as before the British Grand Prix the Dutchman held a 32 points lead over his British rival, but within two races was back to second.

The reality is it has been a seesaw season, but after his ninth win of the season, it appears Red Bull have the higher ground in terms of package for the races that remain.

Immediately after claiming his 19th victory in the top flight, Verstappen said: “Having Checo as a team-mate, coming to Mexico is amazing – actually even before that. All the fans here have been incredible, they love Formula 1. It’s really nice to be here.”

Key to his victory was a ballsy late-brake move on the Mercedes drivers, as the trio roared into Turn 1, the Red Bull #33 catching a great tow, finding a gap and then the audacious move that ultimately won him the race, because once he was ahead no one came near to matching him.

Verstappen acknowledged: “It was three-wide and it was just about trying to brake as late as you can. I went from third to first and that was basically what made my race because then I could just focus on myself. There was incredible pace in the car so I could just do my own thing. It was quite straightforward today, which was really nice.

While all victories are important, however, this one has greater significance as the title battle reaches a climax with the four remaining races.

Of the four rounds remaining in the championship battle, Verstappen is cautious but optimistic: “There’s still a long way to go. It’s of course looking good, but it can turn around quickly. I’m looking forward to Brazil – I also have good memories there.”

In his team report, the Dutch ace added: “The pace was very good today so I could just keep building and creating a gap, the pit stops were seamless and the car was good throughout the race which was crucial today.

“Checo, for the last few races has really picked it up, he’s been up there and he was really pressuring Lewis today towards the end. I’m still not thinking about that trophy, we’ll try again in Brazil and just keep pushing,” concluded Max.

It’s a third victory in Mexico City for Super Max as he extends his lead in the championship! 🏆🇲🇽 #MexicoGP pic.twitter.com/UH965zEBXF