Perez: The car was not the same as it was in FP3 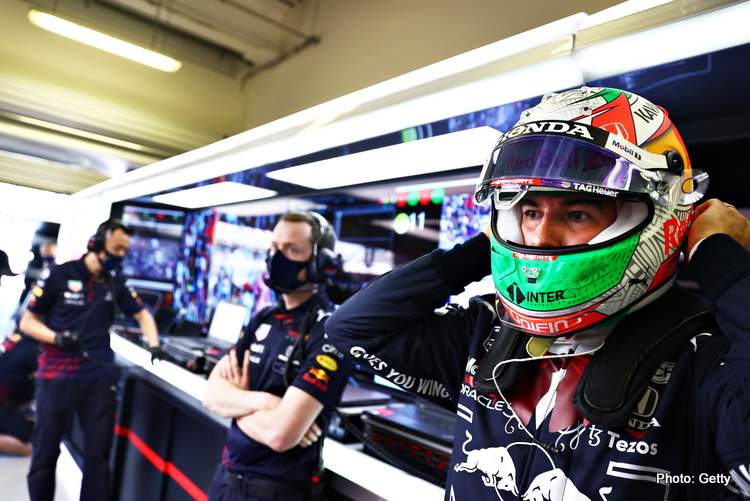 Qualifying for the 2021 Formula 1 Mexico City Grand Prix was a disappointing affair for Sergio Perez after so much promise topping third practice, but the car was not the same as it was in FP3, according to the Mexican.

Perez ultimately failed to deliver to his home crowds the pole position they were dreaming about, regardless whether that was a realistic target or not, but the fact remains that he has been on improved form lately, especially in qualifying, with this weekend going perfectly once he recovered from his FP1 crash.

But when push came to shove, the local hero was nowhere and tripped over Yuki Tsunoda who went wide ahead of him, when both drivers were on their final flying laps. Fourth was the outcome as a result, on a day where pole just might have been within reach.

“The car was not the same as it was in FP3 after we had to change the rear wing, but we did couple of adjustments in the session and once we got on top of it,” Perez revealed in his team’s post-qualifying press release.

“All of a sudden I found Yuki off his racing line ahead of me at turn 11, which hurt my final lap. He wasn’t a distraction it was that I was too close to him and it forced me to brake,” he said of his off-track excursion on his final Q3 lap.

“Once I did that I lost my downforce and I think I got a lot of dirty air, lost the car unfortunately and lost my lap.”

“We have to analyse as a Team to make sure tomorrow we have a good race car and are able to put pressure on the Mercedes ahead of us.

“I think the launch we have tomorrow is more important than the grid position, there is a long race ahead and we will try to be there, I am optimistic and I hope all the fans enjoy it,” the Red Bull racer said, looking for positives on a disappointing afternoon.

“The crowd have been amazing, they are giving me so much love and support. I just look forward to tomorrow now and hope I can celebrate with them on the podium, I will give my maximum,” Perez vowed.

There was a lot of talk, pre-race, about the chances of the Mexican suddenly finding himself in a race-winning position on Sunday in front of his home fans, and the headache that would create for his team, should they ask him to hand over the win to his teammate Max Verstappen, who is fighting Mercedes’ Lewis Hamilton for the Drivers’ Title, leading by 12 points at this stage.

Well all those discussions are now probably muted, and the Bulls will have to try and make do with their second row start, and try to salvage a race win that was theirs to lose, coming into this weekend. (Follow me on Twitter @MallakJad)