Perez: I gave my full heart for these people 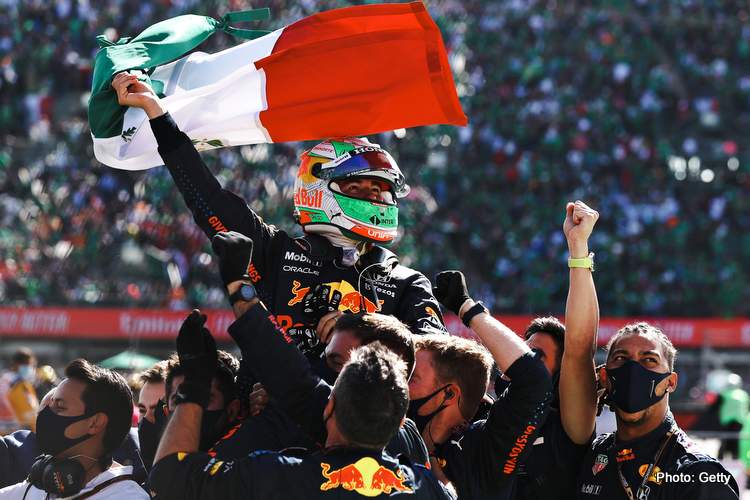 The 2021 Mexico City Grand Prix was sensational for local hero Sergio Perez, his face plastered around the city as he was urged on by his home crowd to third place, which was almost second…

History was made on the occasion, which was celebrated wildly by fans at the track and in the streets of the country, as Checo became the first Mexican Formula 1 driver (of six in total including the Rodriguez brothers – Pedro and Ricardo – after whom the track is named) to lead his home race and then to finish on the podium.

This time sports betting sites not on gamstop had the Mexican ace among the top tips to win his home race, although he could not oblige he did finish third .

Perez might have even been second on the day but he found a resilient and wily Lewis Hamilton impossible to overtake despite closing to within DRS range with ten laps or so to go. Nevertheless, it was another top performance by the veteran whose presence in a top team has galvanised a country.

Speaking ahead of the unforgettable podium ceremony, dripping with pride and emotion Perez said: “It’s an unbelievable day obviously I wanted more. I wanted to get the 1-2 for the team but I didn’t have a single chance to get through.

“I gave my full heart for these people. I could actually hear them when I was going through here, it was incredible,” he added before being drowned out by the deafening chants of his home crowd.”

Perez added in the Red Bull team race report: “This is a great result for my country, I really wanted more but unfortunately we didn’t get that.

“It was so messy in turn one so to avoid incident there was critical and then I wanted second place, but we didn’t get the chance because it is just so difficult to overtake around here.

“I was really close to getting Lewis but the Mercedes are so quick on the straight lines so I didn’t get a opportunity to go for it but I gave my best.

“I could feel the energy of the fans when I was going through the stadium sector and I was thinking about how many people were here for me, I could actually hear the crowd when I was driving through Foro Sol.

“I wanted more but I am just very happy to be on the podium of my home country, the Mexicans were so happy today. We are so competitive as drivers that when we finish third we aren’t happy but today I had to enjoy it, everyone who has been there since the start with me was there at the end of the race and that was an amazing moment for me.

“I think today we were the fastest Team but that is going to swing around for the remainder of the season, so we just have to keep our focus and keep pushing,” said Perez.