Horner: Mercedes have still got a bit in the pocket 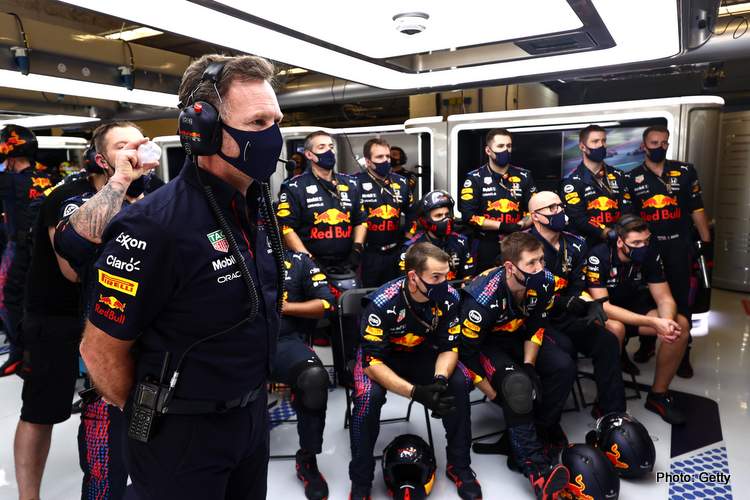 Formula 1 world championship leader Max Verstappen lapped a hefty half a second faster than Mercedes’ Lewis Hamilton in FP2 for the Mexico City Grand Prix on Friday but Red Bull team boss Christian Horner is wary of their rivals.

Verstappen set a best time of one minute 17.301 seconds in the afternoon at the high-altitude Autodromo Hermanos Rodriguez, with seven-time F1 world champion Hamilton third quickest and 0.509 slower.

Valtteri Bottas had led Hamilton in a Mercedes one-two in the morning but ended up 0.424 slower than Verstappen after lunch.

Local hero Sergio Perez, who spun and hit the wall in first practice, was fourth in both sessions for Red Bull.

Verstappen leads Hamilton, who was reprimanded after the first session for a track infringement, by 12 points with five races remaining.

On a track that started dirty but then cleaned up and got faster, with the circuit not hosting a grand prix last year due to the COVID-19 pandemic, the Dutch 24-year-old lived up to his favorite tag.

“It was quite a good day, of course always trying to improve the car,” said Verstappen. “It seemed like the car’s working quite well, a few things to look at but pretty good. We have a good feeling…it’s a positive start to the weekend.”

Red Bull team boss Horner said both his drivers were showing a reasonable performance in the short and long runs: “I think Mercedes have still got a bit in the pocket so I don’t think we’ve seen the full potential yet.

“We’ve seen all year that there’s been less than a tenth between the cars, and we expect that to be the case Saturday.”

Hamilton said there had been no major issues and he had no real concerns: “I think we were giving it absolutely everything we’ve got and I think they were just quicker than us at the moment. We’re lacking downforce which is probably why we have the half-second difference between us.”

Alpha Tauri’s Pierre Gasly was fifth fastest and Ferrari’s Carlos Sainz sixth in the morning with the positions reversed in session two when Ferrari’s Charles Leclerc was seventh and AlphaTauri’s Yuki Tsunoda eighth.

McLaren, battling Ferrari for third place overall, had a difficult start at the high-altitude circuit with Australian Daniel Ricciardo 14th and Britain’s Lando Norris 15th in the morning.

Norris was 12th and Ricciardo 15th in the afternoon, with the Australian ending the session early due to a gearbox problem.

“Not an easy session for us, drivers really struggling with the balance of the car and not getting the laps in, ” said team boss Andreas Seidl. “We have work to do.

“Ferrari definitely made a good step forward in the last two or three races and it will be tough to stay ahead but we will give it all,” added Seidl. (Reporting by Alan Baldwin)