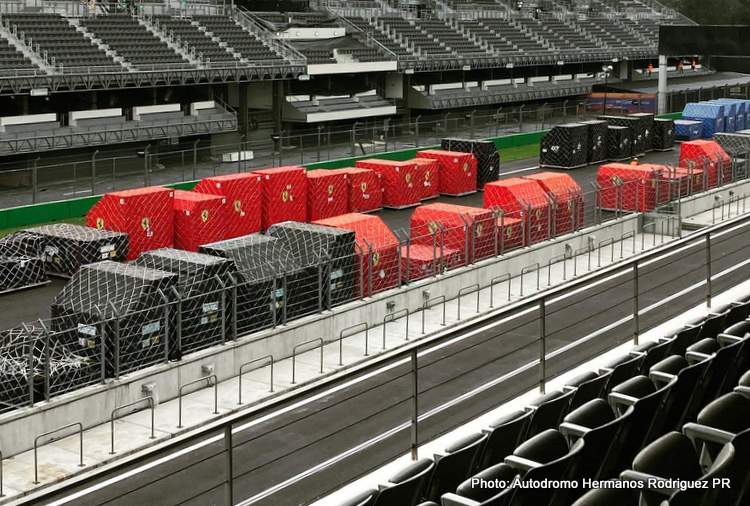 As Formula 1 embarks on the conclusion to the 2021 season with five Grands Prix over the next six weeks, the final fortnight break has been full of interesting news and gossip, so let’s have a look in the Undercut.

The Andretti buyout of Sauber fizzling out – Look at it anyway you like, but there’s a few things at play here. Let’s face it, Andretti riding in was never going to happen. Trust me, if Michael was going to put as much effort into owning Sauber as he did with his dismal 1993 F1 season at McLaren, it’s no wonder the sale didn’t proceed.

And, how about Toto Wolff so generously advising current Sauber owner Finn Rausing against selling, even though the mega-wealthy Swede’s net worth is over 15 times that of the Mercedes F1 CEO and shareholder?

Thanks, Toto, but I’m sure Mr. Rausing knows exactly what he’s doing!

But what is very real and more than likely, the real reason for the buyout failing, is that with the cost cap now in place and the new FIA F1 financial regulations up and running, F1 is now in the dawn of a serious commercial sports investment era, a commercial franchise era if you will, and as Zak Brown points out, teams are about to become billion-dollar enterprises.

And, to all the naysayers, that includes Haas as well.

2021 Championship predictions – The F1 fandom has spent year after year whinging about the lack of competition at the front of the field, and now they have it they’re caught up in bickering about who has an advantage. Just forget about who is the best until it’s won, and just enjoy it in the meantime.

Toto Wolff reminding George Russell in the press, of internal boundaries at Mercedes – Come on Toto, are you serious? If, as you have stated publicly, Russell really is the future of Mercedes, why would you want to gag the guy at all?

Pat Symonds reckons 2022 cars will be tenths slower, not seconds – It looks like the F1 PR machine feels the need to go into damage control. I beg to differ, Pat, and still predict next year’s cars will be 3 to 3 ½ seconds slower. And, while we are at it, if you guys have consciously changed the F1 goal posts from speed to closer racing, why does it really matter how much faster or slower the cars will be?

F1’s desperation to conquer the US – I’m not sorry to admit that I completely disagree with the need to be accepted by a country that doesn’t get F1, which I have explained here>>>

Netflix – Who loves it and who hates it? I don’t give a stuff who’s the hero and who’s the villain. If you’re a purist like me, Drive to Survive is F1’s version of Days Of Our Lives, a soap opera intended for an audience that has no desire to understand F1 as it really is.

F1’s fan survey – Feedback is only as good as the questions asked. The F1 worldwide fan survey didn’t ask any of the big tough questions. Are the current power units relevant? Are Pirelli tyres crap? Are the new 2022 regulations necessary? See where I’m going?

Nico Rosberg on who has the advantage in the driver’s championship – Come on, Nico. You couldn’t hack it any longer and bailed, so please, shut up!

Who will be the 2021 Wingman Of The Year? – Sergio Perez has a couple of better results and suddenly, he’s going to be a major influence in the result? If, in some highly unlikely scenario, Perez is leading Max on Sunday and is on for a home win, won’t he be called upon to let Verstappen through, anyway? And, as far as Bottas’ head goes, is it already in an Alfa Romeo? I think both Lewis and Max both deserve true wingmen.

And last, but by no means least,

Anthony Hamilton speaks – Anthony Hamilton has come out of the woodwork recently, telling us how Lewis is the last of the Mohicans, and that he expects his son and Max will kiss and cuddle to celebrate after the championship is decided. That was news to me.