Sainz: We were just going through a rough patch 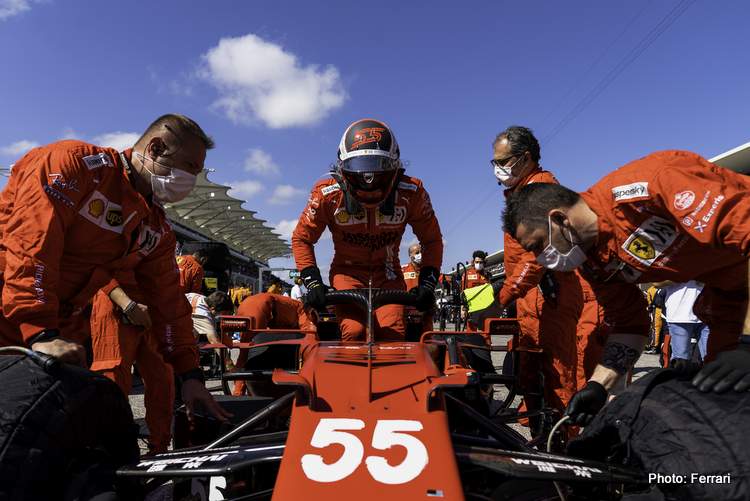 Ferrari’s Carlos Sainz admits that Netflix series “Drive to Survive” has played a role in increasing Formula 1’s popularity Stateside, although he isn’t happy with how his team was portrayed in it when they were just going through a rough patch.

The Netflix series that has attempted to shed light on F1 has been the subject of debate lately, with Max Verstappen labeling it as a fake, while other drivers defended it.

Sainz was playing golf with teammate Charles Leclerc and speaking to GQ Magazine ahead of the 2021 United States Grand Prix in Austin last weekend, and gave his views on how the American fans are dealing with F1 these days.

“I’ve certainly felt quite a bit of change in the sport’s following from social media with American fans,” he revealed. “I think obviously Netflix had the biggest impact on that.

“As a sport, we’ve always been relatively [behind] closed doors, and Netflix has allowed fans in America, and all over the world, to see the personalities of the drivers.”

However, the 27-year old from Madrid was not impressed with how Ferrari were seen through the lens of last season’s Drive to Survive, when the team was having a tumultuous time with a disastrous car, and four-time champion Sebastian Vettel on his way out, after a bitter split with the team.

“The season three episode [of Drive to Survive] about Ferrari is not so great,” Sainz pointed out, “and I was relatively disappointed when I watched it because Ferrari is a lot cooler, a lot bigger, a lot better, than how it appears [in that episode].

“We were just going through a rough patch, and I think all great teams in every single sport go through difficult years.

“And now we are on our way back up,” the Spaniard claimed. “We are doing everything we can to make this team great again and champions again, and I think we have a really good team atmosphere going on with Charles and the engineers, and we are a serious contender for the future.

“And I mean, it’s Ferrari – who doesn’t like Ferrari in normal life?” he insisted.

Sainz, who replaced Vettel at the Maranello-based squad at the beginning of 2021, has done a great job integrating himself within his new environment, which was no mean feat, especially when the guy on the other side of the Red garage is a certain Charles Leclerc.

The two are getting along well up to now, reminiscent of the “Bromance” Sainz shared with Lando Norris at McLaren, on which he commented: “Bromance is a strong word, but we are getting on very well, having a lot of fun away from the race track and even on [it].

“We keep the competition clean and fun, we’re pushing the team in the same direction, pushing each other really hard.

“It’s the perfect atmosphere for the team, and we play a lot of sports together – like today, golf – always hanging around, and it’s good fun,” he concluded.

And it seems that the good atmosphere within the team, and the new power unit, naturally, are paying dividends as the Scuderia has recently been on a upward performance curve.

In Austin, Sainz and Leclerc out-qualified both McLaren cars and went on to finish seventh and fourth respectively in the race. A strong result from the Monegasque, while Sainz was hindered by a botched pit stop which allowed Valtteri Bottas and Daniel Ricciardo to beat him to sixth and fifth respectively.

Nevertheless, this means that Ferrari have closed the gap to McLaren down to 3.5 points in the Constructors’ Championship, and are well placed to take third from the Woking-based outfit with five races remaining this season.

Sainz has played an integral role in this achievement, scoring three podium finishes for his team, and is currently seventh in the Drivers’ Standings just 5.5 points behind Leclerc in sixth.