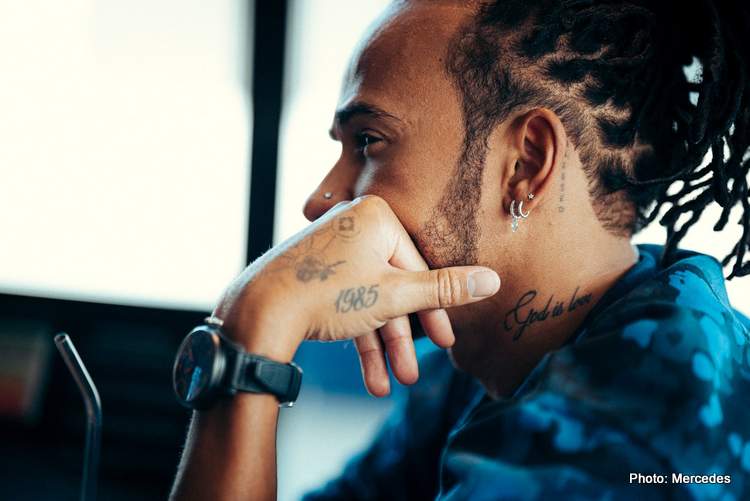 The 2021 United States Grand Prix was expected to favor Lewis Hamilton and Mercedes, but it was Max Verstappen who left Austin a victor. However Jenson Button believes Lewis is calm despite the setback.

Button was speaking to Sky Sports F1 as part of his punditry role with the channel.

“This is supposed to be a Mercedes track, and Red Bull won,” he said reflecting on how the Formula 1 weekend Stateside panned out, with the performance pendulum swinging between Friday’s practice sessions, qualifying, and the race.

Button went on: “We say that Red Bull is very strong in Mexico but then we look at the straight-line speed of the Mercedes, it’s massively fast.

“I think this year has proven that we are surprised pretty much every race we go to so we really don’t know who’s going to be competitive at the next race, and that’s why we love it,” the 2009 F1 World Champion admitted.

The Sky Sports F1 team had a special member joining them in Austin, in the form of retired NASCAR and IndyCar racer Danica Patrick, who thinks that Mercedes can still turn this around, given their history and accomplishments.

“True champions know how to come back,” said Patrick to Sky F1. “I feel like Mercedes still had a great attitude today – both Toto [Wolff, team boss] and Lewis seemed really cool and calm and I think that’s going to pay off.

“They’ve been around, they’ve accomplished a tonne and this one race isn’t going to phase them with five to go,” she explained.

Button then compared Hamilton and Mercedes’ Austin showing with their previous one in Turkey, where things were far from ideal for the World Champions and their star driver, adamant that they had a decent, error-free race, which is the maximum that could be achieved.

“This still isn’t a bad, bad race for Mercedes,” Button insisted. “Lewis is very calm and I think it’s because he knows they did nothing wrong this weekend, they did everything right, it is what it is.

“Whereas in Turkey they obviously made mistakes, lost points, and he was quite angry on team radio,” the Briton recalled.

Patrick echoed Button’s sentiments regarding Hamilton and his team’s state of mind, insisting that there is enough time left in the season, which may spring up many surprises.

“I thought Toto seemed calm,” the American said. “Lewis seemed calm and at the end of the day there’s basically a quarter of a season left. That’s a lot of season left and a lot can happen.

“At this point in time you have to look at the positives, and that’s that five races left.

“DNFs are possible and being exceptional just as they have done in history is totally possible,” Patrick concluded.

Hamilton still has five races to overturn his 12-point deficit to Max Verstappen in the F1 Drivers’ Championship.