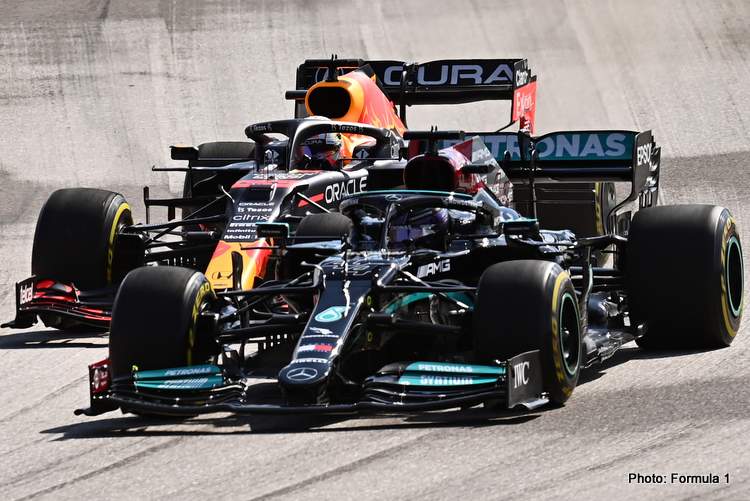 Formula 1 Managing Director, Motorsports, Ross Brawn was satisfied with the show the sport put on Stateside, with Max Verstappen and Lewis Hamilton driving immaculately in his opinion.

Brawn was reviewing the returning 2021 United States Grand Prix, in his customary post-race column on F1’s official website, which turned out to be a gripping race where the outcome was uncertain until the final couple of laps.

The Briton wrote: “F1’s return to the United States for the first time in two years was an incredibly tense contest all the way through.

“Mercedes varied their strategy, which gave Lewis a tyre advantage over Max and Red Bull at the end – but it was unclear whether it would be enough. As it turned out, it wasn’t.”

Brawn went on: “This was a race to be glued to the screen, studying the gaps and the tyre strategy to see how the race was evolving.

“It was far from certain until the end who would come out on top. Neither Lewis or Max put a foot wrong – and that’s the fantastic thing about this championship.”

The former Brawn GP Team Principal praised the level of performance, the two title protagonists have delivered this season.

“We’ve got two drivers who are driving immaculately,” he said, “and I don’t think I really saw a mistake from either of them, nothing significant anyway.”

As usual, Brawn named his driver of the day who was unsurprisingly Verstappen, whose performance in the race has been a hot topic since the chequered flag was waved in Austin.

“Max edges this because of the pressure he came under from Lewis for an awful lot of the race,” he declared. “He kept in touch with Lewis for the first part, after losing the lead at the first corner – and then controlled it from there, looking after his tyres beautifully.

“To not put a foot wrong in 56 laps was impressive,” Brawn insisted.

Despite Hamilton and Verstappen stealing the lights with their ongoing duel up front, the 66-year-old spared a thought to Red Bull’s Sergio Perez, who has been in fine form for the last two races, doing a great job in supporting his title contending teammate.

“Checo was best of the rest – and finished on the podium for the second successive race,” Brawn pointed out. “It is good to see him putting in more consistent performances.

“He had a bit of a shot at pole on Saturday and turned in a pretty solid and strong performance on Sunday, despite feeling a little under the weather.

“If he does that every weekend, Red Bull will be delighted,” the F1 Director claimed. “It would have been nice if he could put a bit more pressure on Lewis, but those two were in a class of their own.”

Brawn spoke of the special conditions the circuit in Austin presented to the teams, with its bumpy surface that was quite punishing for both man and machine.

“The Circuit of The Americas is a tricky track,” he said. “The promoter has done a great job of smoothing it out in places, but it’s still a challenge and one where it’s so easy to make a mistake.”

And as many thought, it seems that Red Bull were not counting on a big result at the COTA, as they feared it would favor their rivals Mercedes.

It seems the energy drinks outfit admitted as much to Brawn, who revealed: “I know from talking to those at Red Bull that they had pencilled this race in as a Mercedes track and one where they had to minimise their losses.

“That wasn’t the case – but it was close – as it has been all year. And maybe we’ll see the opposite play out in Mexico and Brazil, which are tracks that Red Bull might feel will move to them.

“This championship has still got an awful long way to go,” the man in charge of realizing the 2022  radical F1 aero regulations, concluded.

The story of this incredible season continues in Mexico 💪 #USGP 🇺🇸 #F1 pic.twitter.com/UZZBaCtMwI