Formula 1 romancing USA again, will it succeed this time? 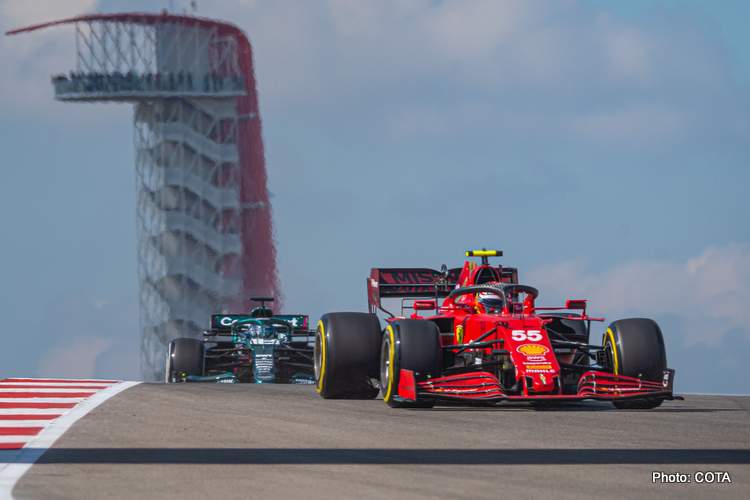 Formula 1 has been down this road before… In the seventies and eighties, the world’s most popular form of auto racing looked like the next big thing in the United States.

Mario Andretti won a world championship. Three grand prix races were held in a single year on American asphalt. Those were giddy times, but they didn’t last.

Now, F1 and its American-based owner, Liberty Media, are making another big push to carve out a red, white and blue stronghold in a country where it’s long been overshadowed by other ways of going fast.

From the popularity of the Netflix documentary series “Drive To Survive” to the addition of a second U.S. race in Miami next year to rumblings of a new American team and driver centered around the famed Andretti name, there are plenty of reasons for optimism.

“I’d like to see the fan base awakened here,” the 81-year-old Andretti said Friday when reached at his office in Pennsylvania. “It’s the Olympics of our sport.”

His son Michael, who had a brief, unhappy stint as a Formula 1 driver in 1993 and is now the owner of a massive racing operation with cars spread around the world, is leading one of the most exciting developments.

Michael is reportedly closing in on a deal to purchase the Alfa Romeo F1 team – and put American IndyCar star Colton Herta into one of the cars.

There hasn’t been a regular American driver in the series since Scott Speed, who was dumped midway through the 2007 season.

Mario Andretti said it’s vital to get home-grown drivers into Formula 1 to truly awaken the potential American fan base. He fervently believes the 21-year-old Herta has the talent, background and passion to be a big success on the world’s biggest racing stage.

Formula 1 appeared on the verge of a huge breakthrough in the U.S. when Andretti became only the second American to capture a world championship in 1978, winning six races in his iconic black-and-gold Lotus.

Even though his unparalleled resume includes victories in the Indianapolis 500 and the Daytona 500, that Formula 1 title remains the crowing achievement of Andretti’s career.

“I fell in love with motor racing because of Formula 1,” said Andretti, who was born in Italy and emigrated to the U.S. as a teenager. “I will always be indebted to the opportunities I’ve had in this country … but Formula 1 was always the ultimate ambition.”

Riding the Andretti wave, Formula 1 moved hastily to set up shop all over America.

Then, seemingly in the blink of an eye, Formula 1 was gone from the U.S.

Andretti moved back to IndyCar racing. The Long Beach and Detroit races also shifted to the American open-wheel series. The widely panned Caesars Palace Grand Prix lasted just two years. The Dallas Grand Prix was gone after a single year, remembered mainly for a track that disintegrated in the blistering Texas heat.

Andretti isn’t quite sure what happened – “If I knew that, I would bottle it up and sell it to you first,” he joked – but he goes on to add that it was probably “too temporary.” The hastily assembled street races – especially Las Vegas and Dallas – looked like fly-by-night operations with little staying power.

The last hurrah was a bland street race through downtown Phoenix that drew embarrassingly sparse crowds. When it quietly disappeared in 1991 after a three-year run, there was no evidence that anyone even noticed.

As NASCAR’s popularity skyrocketed and few American drivers pondered a career in Formula One, the U.S. didn’t have a single event on the grand prix schedule for nine long years.

The U.S. Grand Prix returned in 2000 at the new road course through the storied grounds of Indianapolis Motor Speedway. But an initial burst of popularity quickly faded, and one of the biggest debacles in the sport’s history – a tire dispute in 2005 that led to only six cars taking the track – essentially burned all bridges in Indy.

Since its revival at the Circuit of the Americas outside of Austin in 2012, the U.S. Grand Prix has featured strong crowds and some nifty racing on the state-of-the-art, 3.4-mile road course.

But Liberty Media wants Formula 1 to have far more presence in the United States than a weekend blip on the calendar each fall in the heart of Texas.

Officials were so eager to get a second U.S. race on the calendar that – after being stymied at every turn to hold a street race on the glamorous Miami waterfront – they settled for a parking lot race around Hard Rock Stadium, home of the NFL Dolphins and nowhere near the city center.

While that was met with groans from racing purists, Andretti said the Miami event, set for next May, is a far cry from the Ceasars Palace and Dallas races all those years ago: “I know there’s really been a lot of preparation and investment in Miami. It’s huge. They have the ambition to really make it one of the biggest races in the world.”

If done properly, there nothing to prevent two races from be successful in the United States.

“It’s such a huge country, having just one race here isn’t enough to really be able to tap into the sporting culture here and really encapsulate the fans and get them on the journey with us,” said seven-time F1 world champion Lewis Hamilton, who is locked in a tight battle for this year’s championship with Max Verstappen.

For that matter, Liberty is already angling for a third American race. A return to Las Vegas – done properly this time – is seemingly at the top of its wish list.

Naturally, the drivers are concerned about Liberty adding too many races to an already crowded schedule.

The 2022 season will feature a record 23 events on five continents, and the series owners have their sights set on growing to as many as 25 races per year.

Clearly, Formula 1’s biggest goal is conquering America and this time, it just might happen. (Report by Paul Newberry)

One for the memory books 🙌 #USGP pic.twitter.com/79pO0WlKmv