Button: It’s been quite a fiery day for Max 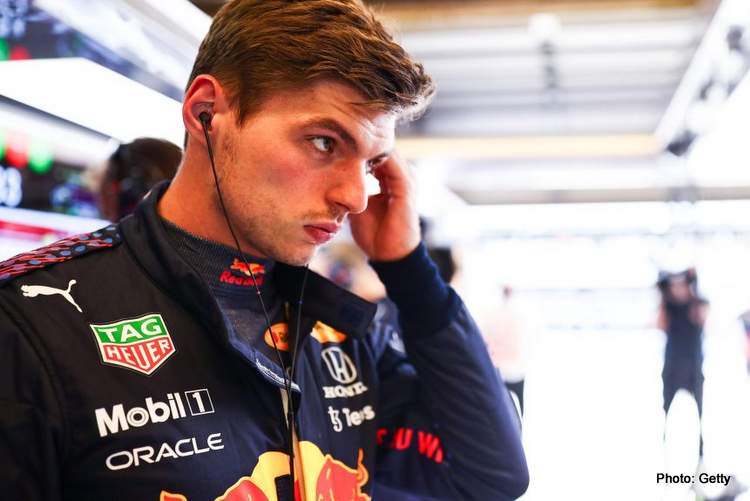 It seems this year’s Formula 1 title protagonists could not wait till race day to resume their squabbles, and were on it in FP2 of the 2021 United States Grand Prix, something Jenson Button touched on.

The 2009 F1 Champion is on punditry duty for Sky Sports F1 in Austin for this weekend’s race and gave his opinion about the skirmish Lewis Hamilton and Max Verstappen had during FP2 on Friday.

Verstappen told Sky F1 of the incident: “We were all lining up to go for our lap so I don’t really understand what happened there.”

The Dutchman was clearly frustrated labelling Hamilton a “stupid idiot” and giving him the middle-finger-salute, before aborting his qualifying simulations.

Button thinks the championship leader’s irritation was justified, specially when it was clear to everyone that the Mercedes duo had a handy car at their disposal at the Circuit of the Americas, while Red Bull were playing catch up.

“It’s been quite a fiery day for Max, to be fair,” he said to Sky F1. “I think there’s a bit of frustration building.

“In that incident [with Hamilton], he couldn’t get his lap and then he had traffic on new tyres for two laps in a row,” Button explained. “I know what it feels like but it’s how you control yourself after that.

“Hopefully the team will sit down with him, get him calm, so he can focus on FP3.”

The 15-time grand prix winner went on to analyze how both teams stacked up against each other in terms of long runs and qualifying simulations.

“Race runs were very similar and I do think in qualifying they are going to be quite similar,” he revealed. “Checo [Perez] did a great lap; Lewis was quicker but his lap was disallowed because he ran off at Turn 19, and we don’t know what Max could have done.”

“I think those four at the front, the two Mercedes’ and the two Red Bulls, are going to be fighting it out for pole position, which is what we all want,” Button predicted.

Since their last crash in Italy, Hamilton and Verstappen have not been in close proximity on track with the Dutchman getting and engine penalty in Russia, while the Briton took his in Turkey.

If nothing unexpected happens, these two should be racing from close grid positions this weekend, and if their FP2 incident is anything to go by, keep your eyes peeled for some interesting racing come Sunday.