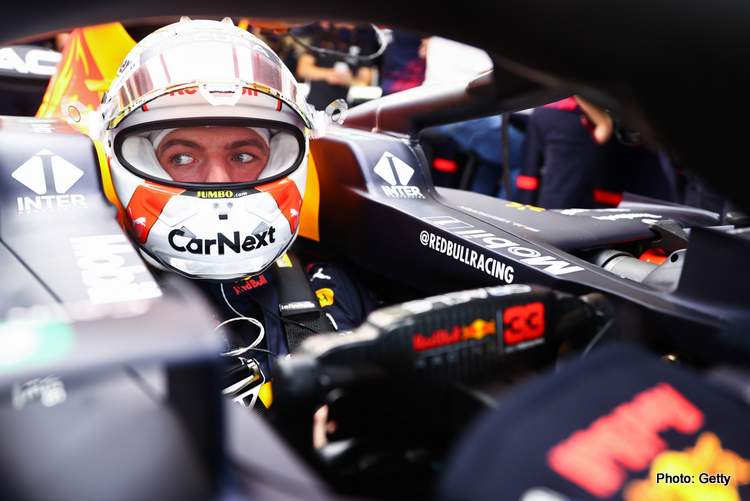 A fuming Max Verstappen called his Formula 1 world championship rival Lewis Hamilton a “stupid idiot” as they clashed during practice for the United States Grand Prix.

Hamilton, who is six points behind Verstappen with six rounds remaining and 16 run, overtook the Red Bull driver during FP2 at the final left-hander at Circuit of the Americas during Friday’s second session in Austin.

Verstappen temporarily ran off the track before going wheel-to-wheel with Hamilton on the start-finish straight at 180mph.

Hamilton held the inside line heading into the opening bend, with Verstappen eventually conceding the position as the Mercedes raced off into the distance, with Verstappen, who in the build-up to the race spoke of the need to “move on and forgive” after the pair’s recent run-ins, calling the seven-time F1 world champion a “stupid idiot” over the radio.

“Ignore it, don’t worry about it,” Verstappen’s race engineer, Gianpiero Lambiase responded to calm his irated driver down. But the Dutch ace then gesticulated at Hamilton by flipping the bird at his fellow contender.

Clearly wound up by the incident, Verstappen was forced to abandon a further two laps due to traffic, provoking yet further anger from inside the Dutchman’s helmet.

“I’m boxing – fuck this,” he yelled, driving back to the pits clearly angry with how his afternoon had panned out.

Without posting a representative qualifying simulation time, Verstappen was only good for eighth, 0.878s behind his teammate Sergio Perez who set the pace in the other Red Bull.

Commenting on the flashpoint with Hamilton, Verstappen said: “We were all lining up to go for a lap, so I don’t really understand what happened there.”

Red Bull team boss, Horner commented: “They were obviously queuing up to start the lap and Lewis obviously decided just to jump Max there. I think they have an unwritten rule in sessions like this they take they turn but I think Max was just pointing out he was first in the queue… Just one of those things.”

Later, Verstappen did not mention the Hamilton incident in his Friday report, but did complain about the traffic: “Overall it wasn’t easy out there today, the track is quite bumpy and to find the right compromise on the car hasn’t been the easiest but there are a few positive things to look at and we’ll continue to work on that overnight.

“In FP2, we didn’t manage to put the lap in on the soft tyre and it was also just a bit of a mess with the traffic. Hopefully everything will come together tomorrow so we can get a good lap in qualifying,” added Max.

Valtteri Bottas, who finished fastest FP1 at a sizzling Circuit of the Americas, ended the final action of the day in fourth. FP2 report here>>>

Just Lewis and Max wheel to wheel on a Friday…