Marko: We found an antidote 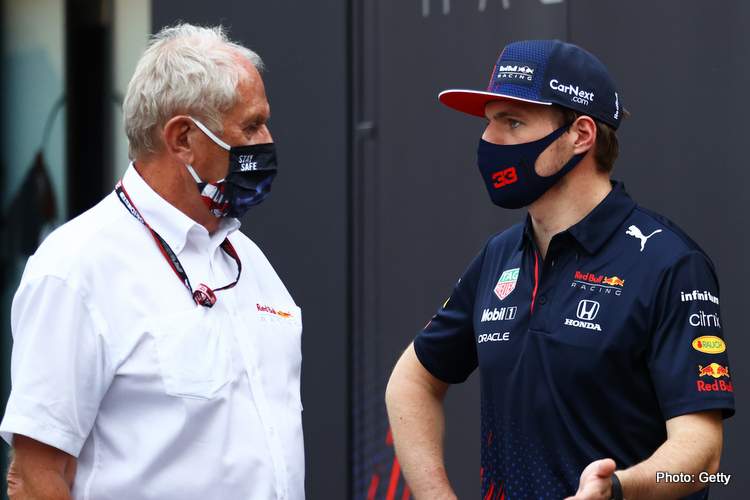 With Red Bull recently expressing their concern regarding the new-found pace advantage Mercedes unleashed over the past two races, Helmut Marko seems upbeat about his team’s chances claiming, they found an antidote.

The Austrian’s claims, which he shared with Kronen Zeitung, may be music to Max Verstappen’s ears.

“We have had many intensive meetings and analyzes since then,” Marko said. “We found an antidote in theory, but let’s see how it looks in practice.”

Red Bull’s driver consultant’s statement came at a time when the team’s star driver was warning that the double podium at Istanbul Park was no reason to rejoice, as the RB16B simply lacked pace.

Verstappen was responding to a question by Formula 1’s official website about Red Bull being on roll after Turkey.

“Not really,” he said. “It was all right but we know that we still have a bit of work to do, and we want to be faster, but the team result was good in Turkey; overall performance wasn’t amazing in Turkey. But we’ll try again here and see how quick we are.

“Different track, different tarmac, so… I did spend a bit of time on the simulator as well, everything felt all right, but yes, we’ll find out tomorrow,” Verstappen added previewing the Circuit of the Americas.

And then went on to say that he is not panicking despite Mercedes seemingly holding a performance advantage now.

“I mean, I’m not concerned, because there’s nothing you can do about it,” he explained. “But we just have to focus on our side.

“I think there’s a few things we can do better, and we learned again a lot in Turkey and we’ll try to do better with our package, what we have, try to find a bit more performance.”

The Dutchman is currently leading the drivers’ standings by only 6 points, something Marko fears is not enough to seal the title.

“That will not do,” he stressed to Kronen Zeitung. “We still need two wins and four podiums. That should be the formula for the world title.”