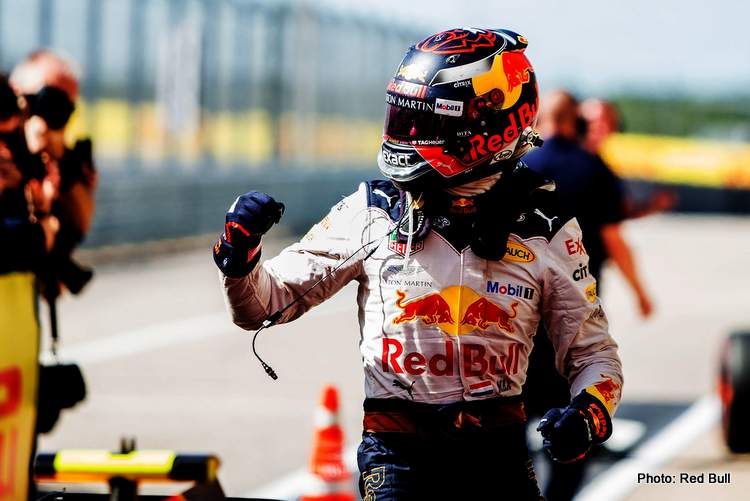 The Circuit of the Americas has somehow been a happy hunting ground for Lewis Hamilton, the man Verstappen is fighting, for the Formula 1 drivers’ crown this year, with the Briton winning five out of the total eight races held at the Texas-based venue.

Verstappen who was third on the podium last time he raced in Austin in 2019, seems unfazed by Hamilton’s statistics and will be going for the win.

“It is going to be nice to be back in America,” he said in the team’s race preview. “We have always been competitive in the US and have got close to some good results, so it’s about converting that into a win now.

“We go to every track now knowing that we can fight at least for a podium now, but also a win and that is different to past years.

“We are focussed on doing the best we can and always trying to win the race and that will be no different in Austin. It will be another close battle this weekend and I am looking forward to that,” the Dutchman said.

Verstappen doesn’t believe that previous results will make any difference, as it is important to always look ahead and focus on being well prepared for the race ahead.

He explained: “I don’t really believe in momentum swings, we always have to nail every aspect of the weekend to optimise our performance, prepare as best we can and if we do that then we can’t give anything more as a Team.

“We have a very competitive car but you have to compare it to Mercedes and that is always the big question mark going into any race this season,” he cautiously admitted.

“Hopefully we can fight them this weekend and keep the lead in the championship. Every single week there are new challenges which we must overcome and this one will be no different, a lot of things can happen in a race, so we will focus on ourselves and no one else.”

Speaking of the track itself, the 24-year old said: “The layout of the track at COTA is really cool, the surface being bumpy, because it is built on a swamp, adds to the excitement of the race as well.

“The first sector is very enjoyable, with a lot of fast corners, especially in qualifying when you go on low fuel. When you are racing going into sector two and the beginning of sector three, there are a lot of different lines you can take, so this track normally creates a lot of action and overtakes.

“Then away from being a great track, there is always a great atmosphere and a great crowd so that helps,” the winner of 17 grands prix concluded.

Verstappen’s teammate Sergio Perez, star of the previous race in Turkey, executed his support role perfectly around Istanbul Park, fending off a ramping Hamilton, protecting his teammate, and helping the team achieving a double podium.

Reflecting on his previous race, the Mexican said: “I feel great at the moment, I cannot wait to get back in the car again and I am massively looking forward to the weekend.

“Going into the season run in, we know we must maximise everything from our side. I think Mercedes have been very strong in the last four or five races and we haven’t been able to match them for speed, but I believe that Austin and Mexico are going to be good tracks for us, and you will see us producing stronger performances,” Perez vowed.

“We are working very well together as a group and I am looking forward to the rest of the year,” he went on. “This is an important race for us and I am really pumped up, as is the whole Team.

“Hopefully, I can be on the podium again in Austin,” Perez confidently said, entering his 17th race for Red Bull.

The performance Perez put in the Turkish Grand Prix allowed Verstappen to regain the lead in the drivers’ standings by six points, but his team still trails Mercedes by 36 points in the constructors’ fight, with six races to go.

Quick job swap for the Bulls as we pay a visit to the ExxonMobil campus in Houston! 💪 Score out of 10 @Mobil1? 🤔 pic.twitter.com/8Ew7mWCoG5