Rosberg: Lewis has these dips in form 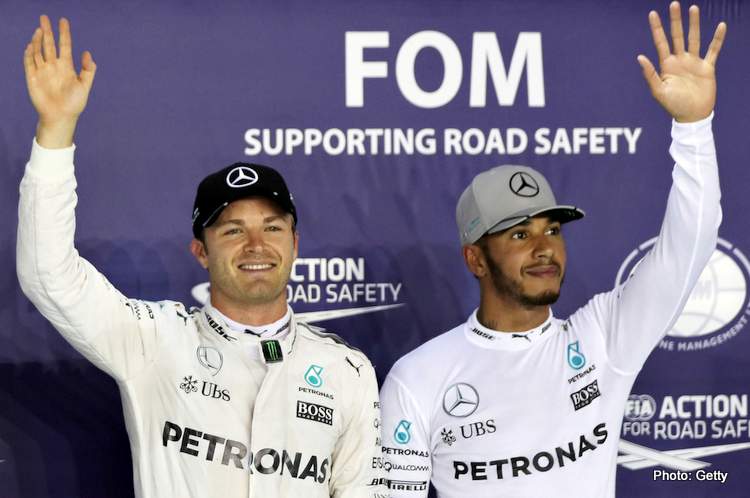 Nico Rosberg said in an interview recently, that Lewis Hamilton has these dips in form, on which he capitalized to beat him in 2016, thus offering some free advice to Max Verstappen.

The 2016 Formula 1 World Champion was speaking to Square Mile about his experience, fighting Hamilton for the drivers’ title during their time together at Mercedes, and what it took for the German to finally beat his friend turned nemesis in 2016.

With Hamilton and Verstappen having an epic tussle this season, the retired champion gave indirect advice to the Dutchman on how to beat his rival based on his own previous experience.

“To win a Formula 1 World Championship, first of all you need to look at your rival,” Rosberg said. “In this case it was Lewis, he was the only real rival, and he’s now proven to be the best of all time, so the level is unbelievably high.

“But, as is the case with any human, there’s also some weaknesses. First of all, it’s important to be at your absolute 110% for the whole season, because anything less you’re just not going to have a chance against him,” he warned.

“And it’s also important to be consistent over the whole season, to really not have any big, bad races, and deliver at every moment,” the veteran of 206 grands prix added.

“And then Lewis also has these periods where he loses a bit of motivation – he has these dips in form – and there it’s important to maximise those moments, to keep him down for a bit longer.

“If all these ingredients come together you stand a chance, and that’s what happened in 2016,” ensured Rosberg.

He then singled out Suzuka 2016 as a central instance in his gruesome fight with Hamilton that year.

“The pivotal moment was in Suzuka where I got pole position by two hundredths of a second,” Rosberg said. “Lewis was on provisional pole, and then I came round and I beat him by the smallest of margins. Two hundredths, for me, was my leg muscles that I dropped in the summer break by stopping cycling.”

After dropping the bombshell on how he gained the two hundredths in Suzuka, the winner of 23 grands prix mentioned some fascinating insights on the details he had to address to prevail in 2016.

He explained: “Yeah, one kilo is three hundredths of a second per lap, so I was looking for an extra bit of performance, anything that could give me the slightest edge.

“I was already super thin, so I couldn’t lose weight, but I still had these leg muscles to get rid of, so I got rid of those across a two-month period, and that proved enough to get me pole position in Suzuka.

“I think Lewis was really put off by that pole position and then he lost his way a bit that weekend – he messed up the start on Sunday and went back to eighth place, and only finished third – while I had quite an easy win.

“That really gave me the championship lead, and ultimately that proved decisive,” Rosberg admitted, before uncovering further intriguing tactics he employed as well.

“My helmet was black because I got rid of the paint,” he revealed, “which was 80g; my socks stopped at the ankle rather than going up to the knee, because that was another 5g saved on each side; on my racing gloves there was a stitching in not an ideal place because it took away a bit of feel on the clutch, so I got that removed.

“I worked extremely intensely with a sports psychologist, I spent two hours every two days on psychology and even learning philosophy with this teacher. It was all these little details that ultimately made the difference. But that’s what you need to win. That’s the sacrifice,” Rosberg maintained.

It is no surprise then, that the former F1 driver – who is now an entrepreneur and tv pundit – decided to retire so abruptly, just days after winning the 2016 drivers’ title. His decision was sooner than one would expect.

“Two metres after the line in Abu Dhabi,” Rosberg said. “If you ask me, ‘When did you decide to retire?’ That was the moment.

“I had given it everything,” he continued. “It was a question of do I want to continue to deliver and live in that intensity, and with my dream having come true – I’d fulfilled my goal of being world champion – it just felt like a great moment to step away and have a new life, with different benefits.

“There was about £100m going down the drain… but shit happens,” quipped Rosberg, when asked about the money he lost because of his retirement decision.

During his tenure with Mercedes, Rosberg has always had his work cut out to deliver, while dealing with two of the biggest names the sport has known. He first partnered with F1 legend Michael Schumacher between 2010 and 2013, before being joined by Hamilton from 2014 up to his retirement at the end of the 2016 season.

Needless to say, the German has held his own pretty well against such formidable teammates.