Norris: We need to keep pushing 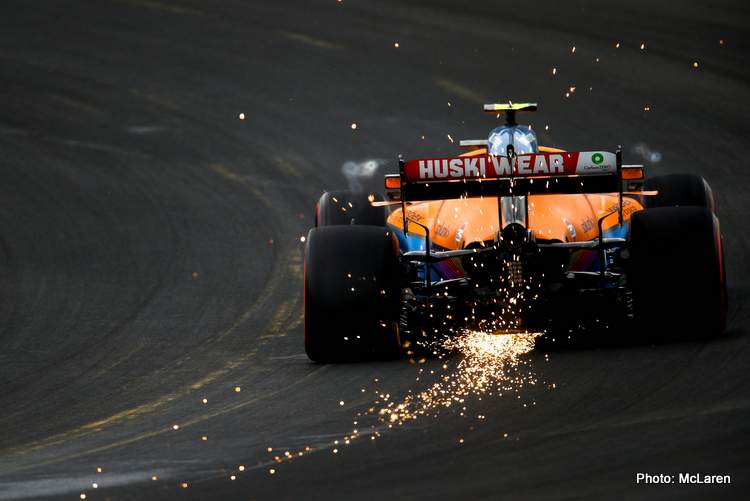 McLaren’s Lando Norris vowed to keep pushing on track to help his team beat Ferrari to third in the 2021 Formula 1 Constructors’ Standings.

Norris’ previous race in Istanbul Park was not brilliant as he finished seventh, with his teammate Daniel Ricciardo 13th, but the young British racer is itching to go racing again at the Circuit of the Americas.

Norris was speaking during his team’s preview of this weekend’s race and said: “I can’t wait to be back in America this weekend, where we’ll be aiming to bounce back from the result in Turkey.

“Austin is known for its great atmosphere and I’m sure it’ll be the same again this year with the fans being super passionate. The fight is still on in the Constructors’ Championship, so we need to keep pushing,” the Briton insisted.

“COTA is one of the most exciting circuits on the calendar,” Norris went on. “Even though the track has elements of other F1 tracks, it still feels like a unique place to race.

“I took part in a virtual race around COTA last year with the Arrow McLaren SP team during the pandemic, which was a lot of fun, but I can’t wait to be racing there for real in an F1 car after two years.

“Hopefully it’ll be a good weekend for us,” the McLaren star hoped.

Norris’ boss Andreas Seidl shared his view in the same team preview regarding the upcoming race and expressed his happiness to be returning to Austin: “We’re looking forward to returning to the United States this weekend as we head into the final six races of the season.

“Having Austin back on the calendar this year is great for the sport and, most importantly, the enthusiastic US fans. The US Grand Prix provides one of the most unique atmospheres on the calendar. COTA is known for drawing inspiration from some of the best tracks in the world and provides a challenging variety of corner types.”

The German echoed his young driver’s sentiments with regards to the fight for third in the constructors’ standings, and said the team is working had towards that goal.

“Since Turkey, the team has taken the time to review and evaluate our performance, and we’ll take our learnings into this weekend and the rest of the year,” he explained.

“We need to remain focused and continue to deliver to the best of our abilities both on and off track as we adapt to work on a different time zone. Every point is crucial for the fight in the Constructors’ Championship,” Seidl insisted, as Ferrari are now only 7.5 points behind McLaren.

“As we’ve already seen this season, being able to extract the best performance from our package across all variations of track is key. The position we’re currently in is testament to the entire team’s commitment and dedication.”

Seidl rallied his troops in conclusion, and said: “Let’s keep pushing this weekend.”