Wolff: We’re ready to react to whatever comes our way 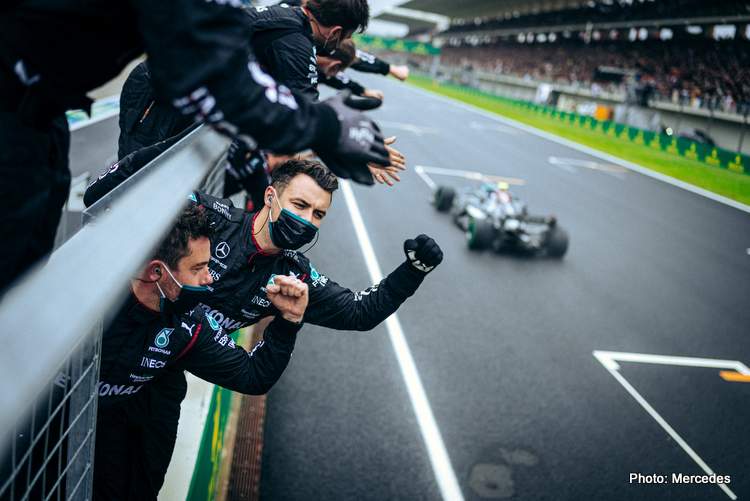 Toto Wolff believes Mercedes are ready to react to whatever comes their way, as the team heads to Austin for the 2021 Formula 1 Aramco United States Grand Prix.

The world champions arrive to the Circuit of the Americas (COTA) riding the crest of a performance wave, as the team’s W12 seems to have the edge over it’s Red Bull counterpart, the RB16B.

Mercedes has now won two races in a row, with Lewis Hamilton winning in Russia and Valtteri Bottas victorious in Turkey; a run of results team boss Toto Wolff is naturally content with, as he expressed in the team’s race preview.

“It was encouraging to see our positive performance momentum continue last time out in Turkey,” Wolff said. “We haven’t scored back-to-back race wins in a little while, so naturally spirits have been high in the factories since we returned from Istanbul.

“That race win was also the 200th victory for Brixworth since they began their winning streak in 1997, which is a remarkable achievement and a testament to the passion and hard work of everyone at HPP.”

Wolff praised Bottas’ impressive showing in Turkey, and said: “Istanbul was a dominant performance from Valtteri in tricky conditions, taking his first win of the season. A faultless drive from him and he was in control of the race from the very beginning.

“It’s a brilliant boost for him and the team heading into the final part of the season and helping us to extend our lead in the Constructors’ standings.”

Hamilton on the other hand had a exasperating weekend at Istanbul Park. Despite qualifying first, the Briton started 11th on the grid for taking an extra Internal Combustion Engine, and was only good for fifth when the cheqeured flag was waved; thus losing the lead in the drivers’ standings to rival Max Verstappen by six points.

It goes without saying that the ‘misunderstanding’ between Hamilton and the team during that race, regarding the pit stop timing or whether a stop was required in the first place, has been the subject of numerous discussions up to now.

Wolff reflected on Hamilton’s race: “For Lewis, the absolute view of Turkey is that he lost one point more than Max did in the previous race in Russia with a similar engine change, which we can live with.

“The relative view when you’re in the heat of a race is to always want another position, to score more points – that’s who we are as racers and we wouldn’t want that competitive intensity any other way.”

The Austrian believes his team is up to any challenge as he confidently declared: “This season has had so many twists and turns, so we’re ready to react to whatever comes our way this weekend in Texas.

“We’re excited to be back in Austin for the first time since 2019, it’s always a popular stop on the calendar and we can’t wait to see all the passionate American fans.

“The Circuit of the Americas is a fun track for the drivers,” he went on. “There are some really fast and flowing corners, plus some technical sections and good overtaking opportunities.

“It’s got a bit of everything and is a great track for racing, so I’m sure we’re set for an entertaining Grand Prix,” concluded Wolff.

Mercedes head into this weekend’s race at the COTA leading Red Bull in the constructors’ standings by 36 points, while Hamilton trails Verstappen by 6 points.