Binotto: Laurent Mekies can do a great job 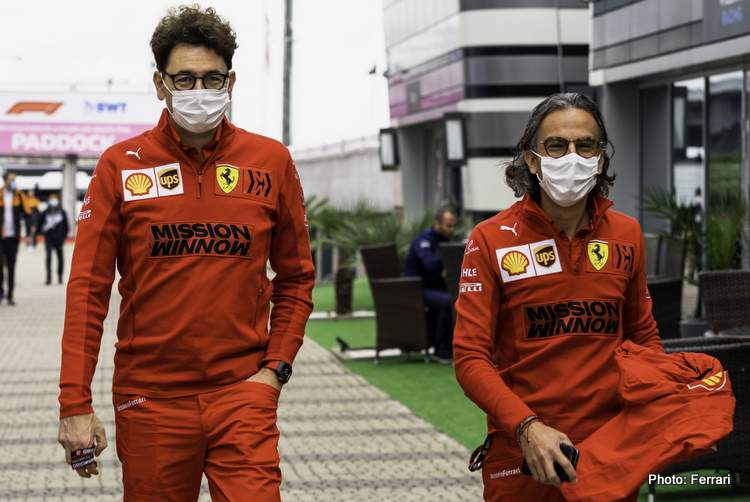 Binotto was speaking to Formula 1’s official website explaining how he plans to manage his time from now till the end of the season in the best way to prioritize the development of next year’s Red Car, while managing his team’s current F1 campaign.

Talking about the Turkish race – where Ferrari debuted their upgraded power unit on Carlos Sainz’s car, after Charles Leclerc received his in Russia – Binotto said: “This is one of the races I was targeting to be back home.

“Obviously the calendar has changed a couple of times since the very start, so I changed a bit my plans, but certainly Turkey was one of these ones.

“I will skip at least another two races before the end of the season. At the moment I’m planning Mexico and Brazil,” confirming that he will be skipping more races.

Skipping all these races is for a good reason, as the Ferrari boss has a pile of tasks to deal with back home, developing the car they will field in 2022, and on which they have pinned all their hopes of a resurgence.

He said: “The reason is, as you may imagine, especially Mexico and Brazil, overseas, it’s a long trip, while here back at Maranello there is a lot to do, clearly much to do.

“It’s an entire team to manage, both the chassis and the power unit, and the entire organisation. We are in terms of 2022 development certainly in a critical phase, where time is getting closer and closer,” Binotto warned.

The Swiss-born Italian continued: “From the way I’m managing the race weekend… on Thursday and Friday, being in the office, I can certainly be more focused on whatever is happening back here in Maranello.

“On Saturday and Sunday, it’s fully dedicated to the race weekend. I’m missing the networks in the paddock, but Laurent Mekies can do a great job.

“I am being told as well that the flight to Istanbul was very bumpy, so I’m very happy to skip!” Binotto jokingly concluded.

Ferrari are locked in a fight on third place in the constructors’ standings with McLaren, and are 7.5 points behind the Woking based team with six races remaining this year.