Tech Draft: Is taking risks the future of Formula 1 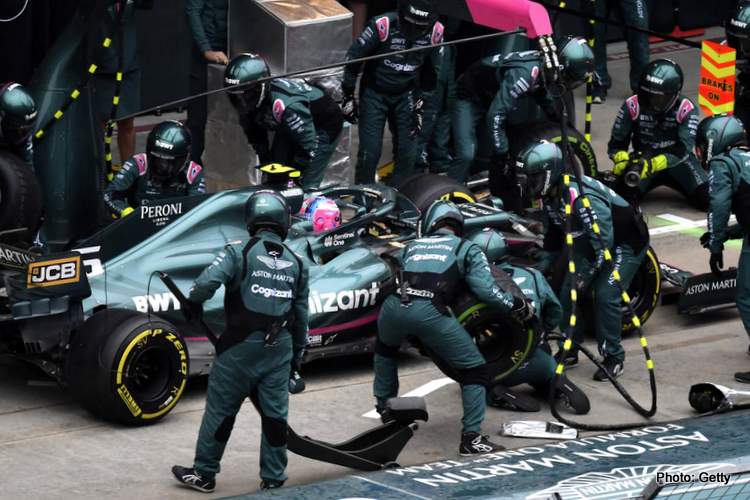 Several topics are still resonating after the 2021 Turkish Grand Prix, the most trending of which is Lewis Hamilton’s pit stop controversy.

In this edition of Tech Draft, I address three of those, with one common denominator; is taking risk the future of Formula 1?

There are three questions that need answering after last weekend’s race at Istanbul Park:

My answer to all three is a resounding, YES!

Anyone who knows me personally might be surprised by this, because as a purist with a legacy of conservative, empirical, motorsport engineering background, I usually have no hesitation in opposing the transition of F1 from that of a sporting context, to one of a function of entertainment.

So, before I delve further into the queries I put forward in this piece’s introduction, let me explain myself a little.

In the time since I concluded my motorsport career, there has been an internal conflict within me with respect to how I feel about the shift of purpose in what was (for me and many), and probably still is, primarily a sport that’s been founded on passion and pursuance of excellence, into a corporate entertainment enterprise, that is based on the premise of appealing to a consumer base capable of providing a value proposition to that enterprise’s shareholders.

Quite often I think long and hard about this, probably too much for my own good, but I usually come to the same conclusion, and that is, that whilst I acknowledge that I have little to no influence over the strategic direction of F1, there is one aspect of that strategic direction that I do indeed agree with, which is: the competitive diversity of F1 should be a priority.

Returning to the three queries that are the basis of this piece, their purpose is not one of a critical nature… Not at all.

Rather, considering my turning to the dark side and supporting the Hollywood infection of F1, I must confess that it is people like Hamilton, Leclerc, and Vettel who are willing to put risk aversion aside to chase a better result, by putting their credibility into question, are those providing this season with the potential for that competitive diversity that I feel is important.

Too often, I and many others reflect on F1’s history through lenses tainted with the colour that provides us with memories in a way that we choose to perceive them, as opposed to the way in which they actually happened.

We neglect, in the glory days of the past, that as our heroes chased the glory of the podium’s top step, it was the ultimate prize that mattered, and not necessarily a risk-averse balanced strategy.

It is important for all of us to remember that the primary intentional direction of F1 at any level, is to increase financial returns to its shareholders by ensuring the commercial sustainability of its competing teams, through competitive diversity facilitated by performance convergence.

However, as the performance of the field converges, a competitor’s ability to win will need to become less risk-averse. Taking risks and obscure strategies will become more prevalent in F1 in the future.

If anything in Istanbul, Hamilton, Leclerc, Vettel, and even Esteban Ocon were, at the very least, guilty of pursuing the one intent F1 would prefer, which is the same intent F1 thinks we, as customers want as well, which is a different winner as often as possible.

I must admit, I like the sound of that.