Allison: Lewis’s lap times were starting to get worse 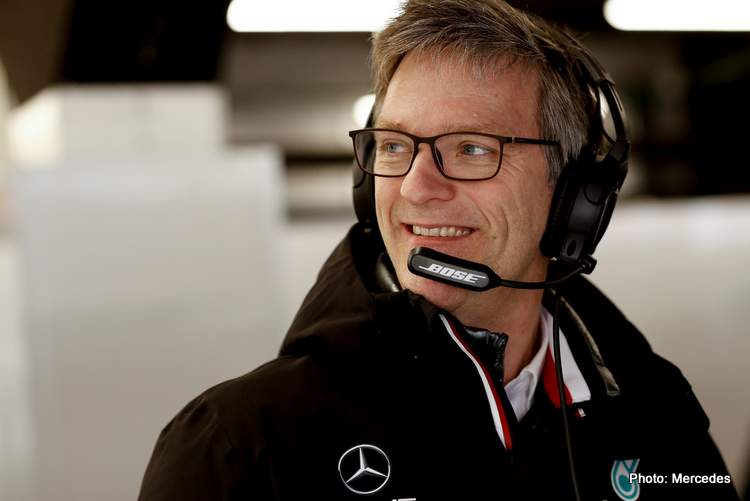 Another day, another point of view on Lewis Hamilton’s Turkish pitstop saga. James Allison sheds light on the matter, admitting that Hamilton’s lap times were starting to get worse, which necessitated the late pitstop.

Allison, Mercedes’ Chief Technical Officer, was speaking in Mercedes’ Race Debrief video on their YouTube channel, where he said that analyzing the incident in retrospect, eventually pitting Hamilton when the team did might have been too late.

“As ever with strategy, at the end of the race it’s always obvious… what would have been the perfect lap [to pit on],” said Allison.

“However, if we look at it overall, the best time to have stopped would have been around the [Lap] 36, 37 mark, that was when Valtteri [Bottas, who eventually won the race] and Verstappen stopped.

“Had Lewis done the same and then treated his tyres nice and gently, then in all likelihood he would have come in a strong fourth, maybe be able to pressurise [Sergio] Perez for third and perhaps overtake him. That would have been optimum,” he explained.

“We didn’t do that,” lamented Allison. “We stayed out for longer than that hoping that the track would go dry, hoping for a little while that the tyres would last… and we would get the easiest third place on offer at the time simply by inheriting it from those that did do a pit stop.”

But the reality was different as the track was never sufficiently dry for slick tyres to work, and Mercedes were looking at damage limitation.

Allison reflected and said: “By the time we realised that we should have made that stop then and we were looking to cut our losses, it was round about Lap 41 –and that too would have been okay, that would have been a fourth-place type of stop. In the end we pushed on a bit longer than that, another nine laps with the tyres degrading all the while.”

Then added: “When we eventually did call Lewis in, it was because the lap time chart that we use to make our predictions was telling us that it was not looking good for hanging on to the end of the race – that the car’s pace by then would be sufficiently poor that… we were looking at something that was somewhere in the region of seventh, eighth place, based on the way in which the tyres were progressively degrading.”

According to Allison, Hamilton’s Intermediate tyres might have survived the full race: “Yes, in all likelihood, we would have got to the end of the race on one set of tyres, able to circulate without difficulty,” he admitted.

“Ocon did that for example, and our car typically runs its rubber better than many of our competitors. So yes, we would have got to the end of the race.”

But Merecedes’ technical guru was doubtful of the Hamilton’s ability to sustain a decent pace on those final laps: “The question is, how quick would we have been? And the evidence there is pretty clear: We would have been very slow.

“The tyre was using its rubber throughout the entire race and towards the end, as the track approached dry but never quite got there, that wear accelerated.

“And Lewis’ lap times were starting to get worse lap by lap by lap. And while he would have made it to the end of the race, the pace would have been quite dismal by the time he got there,” Allison concluded.

Up next in a little over a week, the United States Grand Prix, in Austin, Texas will be Hamilton 173rd race as a Mercedes driver, as he trails title rival Max Verstappen by 6 points in the Formula 1 Drivers’ Championship after his fifth place at the 2021 Turkish Grand Prix.