Wolff: DNF is a total killer for the championship 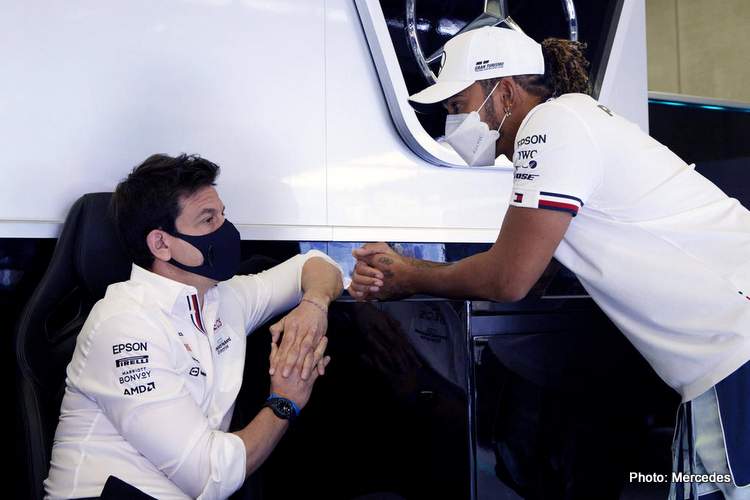 Mercedes Team Principal Toto Wolff, said that reliability concerns were behind Lewis Hamilton’s engine change in Turkey, and that having a DNF is a total killer for the championship.

Hamilton had to go through the pain of taking a fresh internal combustion engine (ICE) at Istanbul Park, and thus took a ten-place penalty, starting the race 11th after qualifying on pole.

With the performance advantage Mercedes enjoyed at last weekend’s race, many thought that the decision to have a new ICE bolted to Hamilton’s W12 was a tactical one, but according to Wolff, that was hardly the case, as the world champions were dealing with reliability concerns.

“We had to do it,” Wolff told Sky Sports F1. “We saw some data on the Internal Combustion unit that didn’t look very promising and a DNF is a total killer for the championship.

“We’ve seen over the course of the season that we’ve had some little gremlins that we weren’t completely sure where they came from and how much performance they could potentially cost,” the Austrian explained.

“So we’d rather have a new engine in the pool and that we understand that can possibly go longer.”

The team boss believes Mercedes are making inroads into understanding their engine reliability problems, and said: “I think we understand much better now where the root cause lies and it’s something that can happen from time to time if you just have a material issue, a batch problem and these are the things you need to consider.”

“It [fourth ICE] can last until the end of the season but there could be a moment where we say is it worth taking a fresh one because the other one is still at risk,” said a concerned Wolff.

And concluded: “So this is something that is going to be really a work in progress.”

It is worth noting that before the race in Turkey, Wolff was more optimistic about Hamilton’s chances of finishing his season without needing to take any extra engines, with the consequent penalties, and was quoted by Sky F1 as well, saying: “It’s seven tough races ahead of us. Let’s see how the points pan out. I would never say no but normally four engines looks quite sufficient.”

Lewis Hamilton now trails rival Max Verstappen by 6 points in the drivers’ standings which is no big deal, but the latest claims by his team boss regarding his engine situation and the championship, will be a cause of worry for the seven-time champion, looking to secure his eighth drivers’ title in top flight, with 6 races remaining this season.