Button: I am sure Lewis was quite frustrated 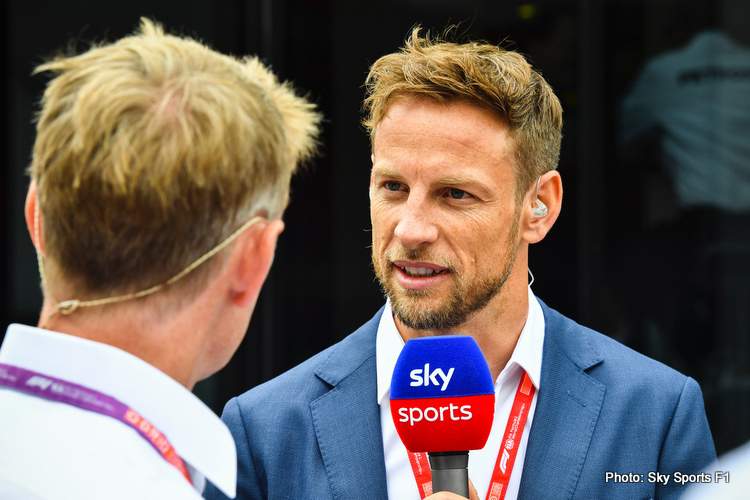 Jenson Button thinks Lewis Hamilton was quite frustrated after the miscommunication, the seven-time champion had with his Mercedes team, as to when to pit, or even whether to pit at all during the 2021 Turkish Grand Prix.

Button, who was Hamilton’s teammate at McLaren for three seasons between 2010 and 2012, knows a thing or two about the Mercedes Ace, and being a former driver and Formula 1 World Champion himself, he can shed some light on Hamilton’s pit stop issue in Turkey.

Button was speaking to Sky Sports about this matter after the race and admits the situation wouldn’t have been straight forward.

“But it was right in the middle and that’s the area you don’t want to be in really,” Button insisted.

When comparing Hamilton’s situation during the race to Alpine’s Esteban Ocon, who finished the race on one set of Intermediate tyres, albeit losing big chunks of time during the final lap, Button reckons his former McLaren teammate would have made it work.

“The car has a lot of downforce around here and he was looking after the tyre better than anyone,” the 2009 champion predicted.

Hamilton was clearly frustrated over the team radio when he found out how much ground he lost after his eventual pit stop, and Button had something to say about that as well.

“I think the bigger thing for me is the information,” he said. “And I don’t think Lewis understood that he was going to lose two positions with the pit-stop.

“He seemed quite happy when they said pit. It just didn’t seem like he knew he was going to lose a couple of places because afterwards he got quite frustrated, knowing that he was back in fifth place behind two cars he didn’t expect to be”, explained the 15-time Grand Prix winner.

But Button feels that Hamilton still has everything to play for, as he trails Max Verstappen by 6 points in the drivers’ standings, with 6 races remaining this season.

“It’s still not a lot of points,” he said, and concluded: “If Lewis wins the next race, he’s probably leading the championship.”