Mazepin: Extremely sorry to Lewis but I couldn’t see 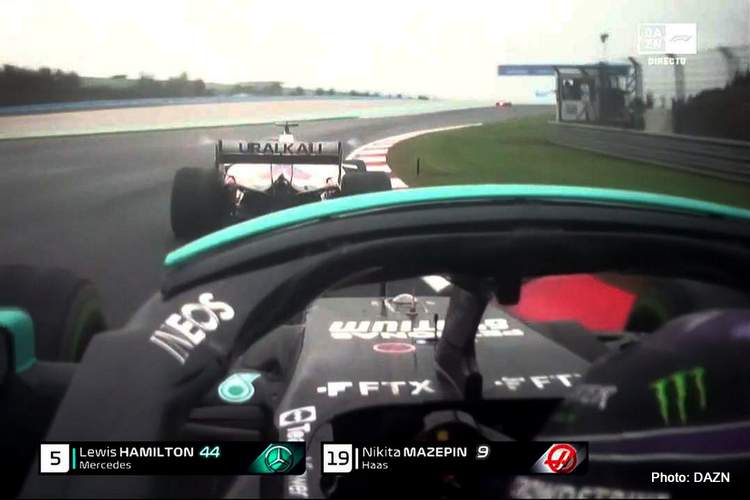 Haas rookie Nikita Mazepin continues to do himself no favours, this time around on track he nearly speared into Lewis Hamilton during the 2021 Turkish Grand Prix, but did apologise after the race.

When being lapped on lap 28 by a charging Hamilton, the Haas moved onto the racing line despite blue flags in Turn 11 just as the Mercedes was about to overtake, forcing the World Champion to back off before getting past the rookie on the next straight.

It appeared a careless move and dangerous, but Mazpein was apologetic after the race at Istanbul Park, claiming he was unsighted: “First of all, extremely sorry to Lewis.

“I’ve been complaining to the team that I can’t see anything with the mirrors, and I do need proper guidance in my ears on where the other cars are, because of the spray.

“Turkey isn’t exactly the cleanest spray that we have, so it flies and dries out – so I was driving blind. When you get so many cars overtaking you lapping you actually not once, but even twice, it was just a disaster.

“I’m happy that we managed to get away, but I’ll see Lewis and I’ll apologise to him,” promised Mazepin whose shares are on a perpetual down curve since his controversial social media faux pas a few days after he was confirmed a Haas driver for this year.

His shenanigans with fellow rookie teammate Mick Schumacher are well documented, the German accusing Mazepin of “trying to kill” him at the Azerbaijan Grand Prix, in June, followed by a near-miss between the pair during the Dutch Grand Prix last month has led to a grim mood in the Haas garage between their respective entourages.