Data Crunch Turkey: Lewis was right, no-stop may have won 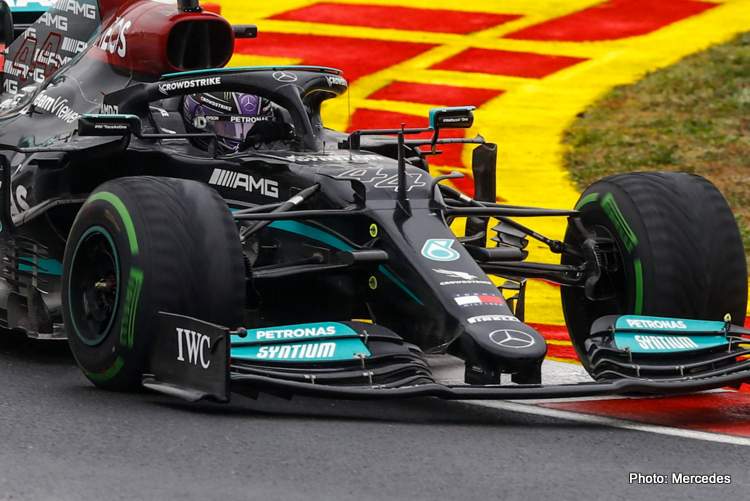 For the second race in a row, ‘Hamilton vs. Mercedes’ radio transmissions where in the spotlight. Just one race ago, the Briton refused a team order to pit as rain began to fall at the Sochi Autodrom during the closing stages of the Russian GP. The order to pit was repeated a lap later as the rain intensified. Hamilton complied the second time to his team’s instruction, despite protesting the move over the radio. His team turned out to be correct, and the result was Hamilton scoring his 100th Grand Prix victory.

Fast forward to the 2021 Turkish Grand Prix at Intercity Istanbul Park, home of round 16 of this year’s Formula 1 World Championship with both the drivers’ and constructors’ championships being fiercely contended between Hamilton, Max Verstappen, and their respective teams Mercedes and Red Bull.

The race unfolded on a damp but drying circuit with periods of light rain. Lewis started the race in 11th position on the grid after qualifying first, but received a ten place grid penalty due to an engine change.

Lewis Hamilton would ascend to third position, as drivers around him stopped for new tyres. Hamilton carried on, and towards the end of the race on extremely worn tyres, Mercedes began to question the practicality of not stopping for new tyres, as a surge of pace from the cars behind Hamilton once again, prompted radio discussion on what would be the best course of action.

In a near replica of the previous race, Hamilton refused to pit when first requested to do so on lap 41. Mercedes went on to order Hamilton to pit on lap 50 to which Hamilton complied. Hamilton would return to the circuit in fifth place, and struggle with tyre graining, which persisted until the end of the race much to the displeasure of the Brit. When he pressed as to why they decided to pit for new tyres, Hamilton’s race engineer Peter Bonnington replied: “It looked like we were going to lose position anyway.”

Having yet to see anyone challenge this statement purely on a mathematical basis, let’s take a poke.

The last time a comparison could be made between Hamilton, who was running in third position, to Leclerc in fourth position, and Sergio Perez in fifth position was at the end of lap 49. Hamilton led Leclerc in the Ferrari by -10.812s and -12.518s to the Red Bull of Perez.

The times in fact show that not only would Hamilton have finished ahead of both drivers, but 1.627s ahead of Perez. Spreading the 1.627s across the final nine laps, Hamilton could have slowed by 0.180s per lap to an average lap time of 1:34.933, in theory.

In reality, Lewis would have been subject to some traffic. For example, on lap 57, Checo posted a slow lap which was due to being held up by Nikita Mazepin, and he then ran slightly wide in turn 5, needing to wait for the front tyres to stop sliding before continuing.

Photos have also circulated the internet since the conclusion of the race, showing the condition of Hamilton’s tyres which appear to have already entered the final phase of practical use, and at a dangerous level of wear.

Another clear pattern which developed throughout the race was graining. It’s seen in nearly every driver’s lap times that a performance dip took place after stopping for new intermediate tyres, starting on the driver’s second flying lap. Perhaps an opportunity to fit the late stoppers with worn tyres from FP3 could have helped reduce the graining impact of the tyre instead.

While various probabilities and scenarios exist, none of the discussions between Hamilton and his team leading to the pit stop decision, insinuated a safety implication with the tyres. The discussions were rooted in pace and pace only. The data ultimately shows, had Hamilton’s tyre stayed together, he’d have without question finished ahead of Leclerc, and quite possibly ahead of Perez as well.

But we shall never have an answer for that now…