Hamilton: F@ck man why did you give up that space? 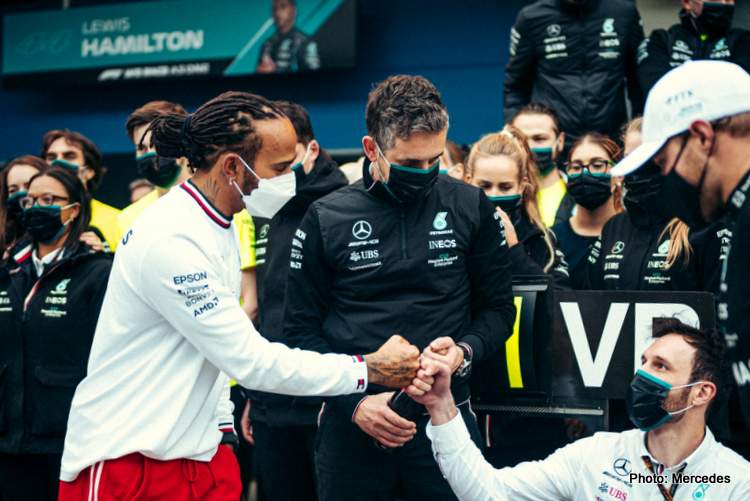 Unwritten racing rule: never give up track position no matter what, but during the Turkish Grand Prix, Mercedes did exactly that with Lewis Hamilton, pitting him from third for fresh Intermediates resulting in a fifth place finish for the World Champion.

In a race that demanded intermediates for the entire 58-laps, Hamilton had nursed his longer than all the frontrunners and looked keen to give a no-stopper a shot to hang on to third place, a long shot and gamble but one the Mercedes driver would have preferred, to the decision the team ultimately took.

No one knows if Hamilton would have held out for the ten extra laps on the ‘interslicks’ that came off his car, but he did win the British Grand Prix with a big hole, and the canvas flapping about his destroyed Pirelli.

Furthermore, when a driver of his stature and experience has a gut feeling he can work a miracle, would it not be wise for team engineers and statisticians to put their calculators aside and allow genius to do its thing?

During the race, when grip was still good for fastest laps, Hamilton talked down his team’s first order to pit, starting with the exchange between driver #44 and his race engineer Peter Bonnington (Bono) around lap 42 of the 58-lap-race as most were diving into the pits for inters

Bonnington then came back on the radio: “OK, Lewis, could you update us on the tyres?”

Bottas takes the lead from Leclerc on lap 47, the Ferrari driver boxing immediately with rapidly deteriorating Pirellis, leaving Hamilton, of the frontrunners, without a stop in third.

On lap 50, Bonnington called his driver: “OK, Lewis, so we think we should box this lap.”

Emerging fifth after his stop the conversation continued:

Shortly after Hamilton crossed the line, Bonnington added: “OK, Lewis, so that is P5. Sorry about that. We will have to chat to you, talk you through the call.”

If there was any good news, it was the fact that Mercedes’ Valtteri Bottas denied his teammate’s title rival Max Verstappen victory and maximum points. However, the Red Bull driver heads to America with a six points lead in the F1 drivers’ title race over the British driver.

In a season of fine margins, the difference between a gut instinct third and a sure fifth might be all it takes for Hamilton to win his unprecedented eighth Formula 1 crown or not.

“I feel like I should have stayed out” @LewisHamilton reflects on Mercedes’ race strategy at Istanbul Park#TurkishGP 🇹🇷 #F1 pic.twitter.com/Lmp7QYl135