Verstappen: It wasn’t the most fun race 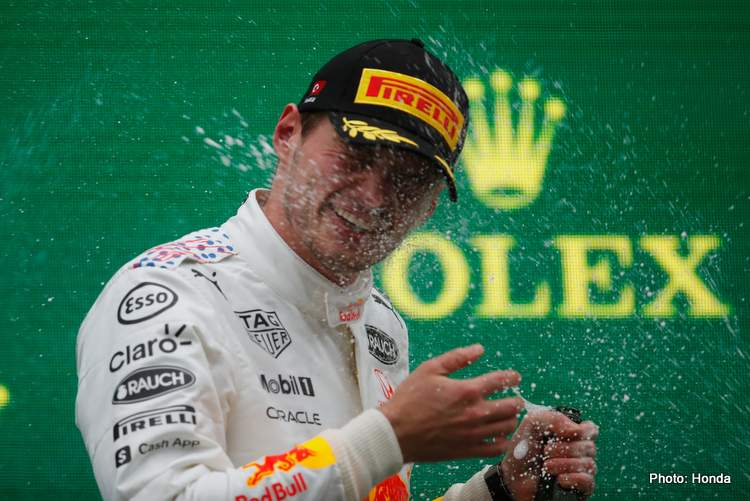 Despite regaining his lead in the drivers’ standings from Lewis Hamilton by six points, Max Verstappen thinks the 2021 Turkish Grand Prix wasn’t the most fun race to drive.

Verstappen came to Istanbul Park two points behind his title rival Lewis Hamilton in the Formula 1 Drivers’ Championship, and was looking to find a way to regain the momentum in the title fight.

On a race weekend when Red Bull were celebrating their departing power unit partner Honda, the stunning white liveried RB16B was off the pace of Mercedes’ W12’s, and things didn’t look good for Verstappen, but there was a glimmer of hope with Mercedes announcing that Hamilton will get a new engine, and start ten places down on his qualifying position as a result.

Verstappen could not match the Mercedes duo in qualifying and settled for third, but started second after Hamilton’s penalty was effective, and on race day, the Dutchman couldn’t get close enough to Valtteri Bottas – who inherited Hamilton’s pole position – since his car simply lacked the pace.

Verstappen however drove a solid race, finishing an eventual second. With Hamilton failing to reach the podium and settling for fifth, the Red Bull ace was able to jump him in the standings, which should be quite satisfying for him.

“As a Team, to finish second and third here was a great result,” Verstappen said in his team’s press release. “It was a pretty straight forward race today and I think in general we had a decent day.

“The race was all about managing tyres, to make sure they lasted to the end which means it wasn’t the most fun race to drive as you always want to push hard.

“Nevertheless, I think we maximised the result today and it’s good to be leading the Drivers’ Championship again. I do wish I had a bit more pace in the car but we are still in the fight, we’ll keep pushing and we’ll see in the coming races how competitive we will be,” Verstappen concluded wary of the lack of pace he suffered in Turkey.

Red Bull Team Principal Christian Horner was delighted with the team result, especially with Verstappen reclaiming the lead from Hamilton in the drivers’s standings.

“A double podium for us was a great result to come away with this weekend,” said Horner. “Max has regained the lead in the drivers’ championship at a track that has traditionally been strong for Mercedes, we limited the damage and it was a great team job with lots of constructor points, so we’ll keep fighting.

“The lead for the championship keeps changing hands and the rest of the year is going to be incredibly tight,” he warned, “we have some big races coming up and it’s good to be putting Mercedes under pressure.”

With the United States Grand Prix, a race where Hamilton usually thrives, up next in a fortnight in Austin, it will be up to Verstappen and Red Bull to make sure they are up for the task of maintaining their momentum in this tightly contested F1 season.