Hamilton: We will deliver maximum attack 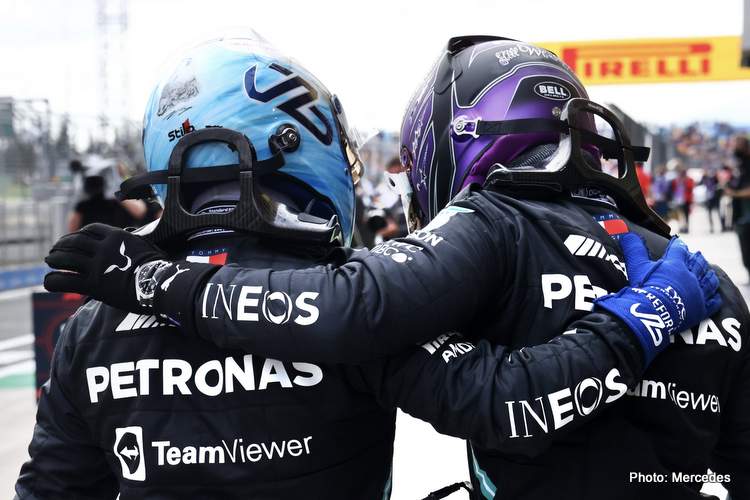 Formula 1 World Championship leader Lewis Hamilton promised “maximum attack” in today’s Turkish Grand Prix and would not rule out winning from 11th on the grid.

The Mercedes driver was quickest in qualifying at Istanbul Park but a 10-place penalty for exceeding his season’s engine allocation, a strategic move, left the Briton with plenty of overtaking to do in the race.

Hamilton won in Turkey last year, in wet and slippery conditions, after starting sixth. He also stood out in his pre-F1 days when he roared back from 19th to second in a GP2 race in the dry in 2006.

This time he risks losing his championship lead unless he finishes ahead of Red Bull’s Max Verstappen, who is two points adrift with seven races to go and lines up on the front row with Mercedes’ Valtteri Bottas on pole.

“I was third already at turn one last year so that made a bit of a difference,” said Hamilton, now chasing a record eighth title. “It’s a much different weekend, a much different track grip, so we’re faced with different circumstances this weekend.

“My eyes are still solely set on winning the race. It’s going to be very hard, from 11th, but not impossible … so just staying on my toes and making sure that we deliver maximum attack tomorrow,” he added.

Hamilton has three other Red Bull drivers ahead of him on the grid, with Verstappen’s Mexican teammate Sergio Perez on the third row while Pierre Gasly and Yuki Tsunoda, from Red Bull’s sister team AlphaTauri, are fourth and ninth.

McLaren’s Lando Norris, who lines up seventh, said he expected to stay ahead of Hamilton for only a couple of laps.

“I’m not going to say I’m going to beat him because I’m not,” said the 21-year-old, who started on pole in Russia and nearly won.

Hamilton said he would just take it one step at a time, and had to get through the opening lap safely first from his midfield position.

“If I can be higher up early on, then great. I’ve got to stay out of trouble of course, and that will be probably my priority initially, and then see if it’s possible to pick them off one by one,” added Norris. (Reporting by Alan Baldwin)