Istanbul FP3: Gasly leads the field in the rain. 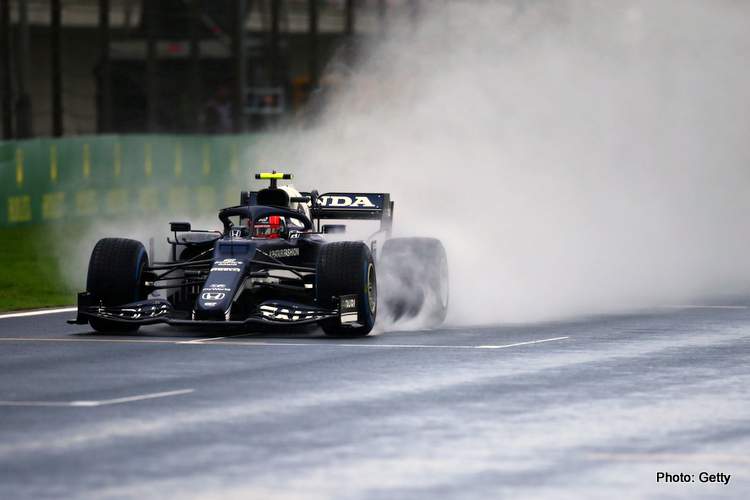 The rain finally arrived over Istanbul Park in time for FP3, and the grip everyone was elated about was flushed away, but a new face in the form of Pierre Gasly topped the timing screens.

Not much can be taken from the wet third practice sessions about the pecking order going into qualifying this afternoon, as the times set by each driver were based on how dry/wet the track was when the lap was done.

Some drivers ventured on the track with full wet tyres bolted to their cars, while others bided their time as the intensity of the rain decreased, with the intermediates becoming the tyre of choice as dry racing line started to emerge on the track.

Williams’ George Russell brought out the red flags, with almost halfway through the session, as he beached his FW43B at turn two.

He is off at Turn 2, after spinning as soon as he got onto the power. The session is currently red flagged#TurkishGP 🇹🇷 #F1 pic.twitter.com/0o7DBpGKoY

Action resumed after Russell’s car was retrieved hastily, and with the track evolving, the lap times started dropping as drivers traded top times with conditions drying up.

However, it was AlphaTauri’s Pierre Gasly that ended up on top with a lap time of 1:30.447, with Max Verstappen taking second over one tenth down on the Frenchman, after the Dutchman went for an extra lap, late in the session with the conditions at their driest.

In comparison, Lewis Hamilton was down in 18th place but not doing any running after the track started drying up; a sign of confidence from the Briton and his team?

Sergio Perez was third a further 0.073s off the top time with the Ferrari duo, Carlos Sainz and Charles Leclerc, were fourth and fifth respectively separated by 0.060s only as the Scuderia continued their strong form this weekend as both McLaren drivers were out of the top ten, withDaniel Ricciardo in 14th and Lando Norris 15th.

Alpine’s Fernando Alonso was 0.002s behind Leclerc, with Kimi Räikkönen right behind him by 0.027s.

Yuki Tsunoda was present in the top time in eighth, 1.534s off his teammate’s leading time with Esteban Ocon rounding off the top ten half a second slower than Alonso.

With qualifying expected to be held in dry conditions, little can be taken from the final practice session, and all eyes will be on how the fight for pole will develop between this year’s Formula 1 title protagonists, Lewis Hamilton and Max Verstappen. 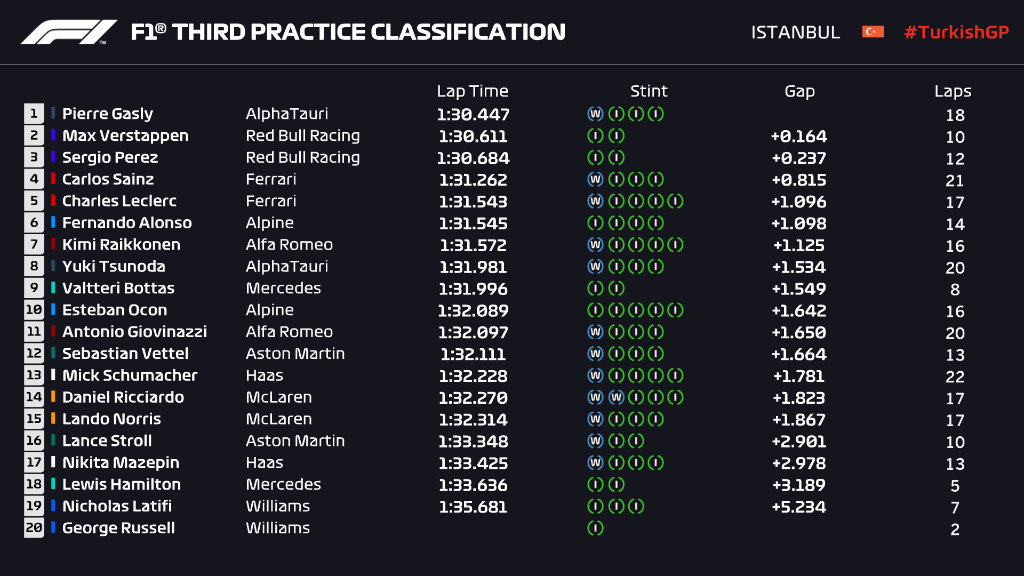