Tost: Any F1 staff who doesn’t like 23-races should go 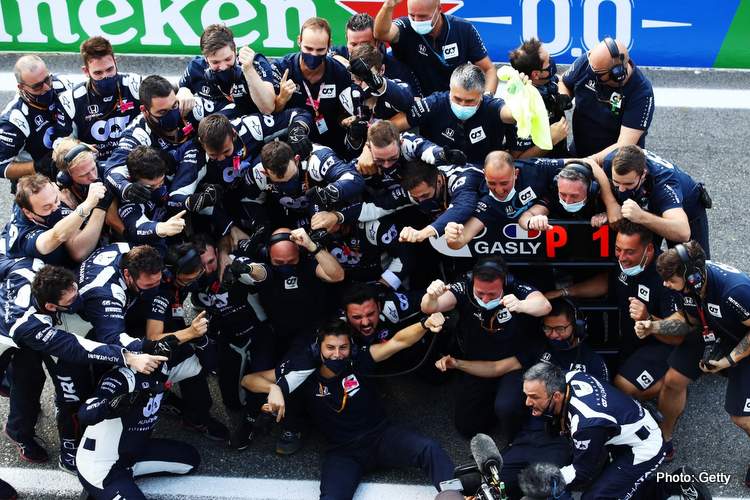 Formula 1 employees who are unhappy with a record 23 Grand Prix races planned for next year’s World Championship should leave, AlphaTauri principal Franz Tost said on Friday in Istanbul.

F1 is due to publish its 2022 calendar at the end of next week but chief executive Stefano Domenicali has already said there will be 23 rounds, and that could be stretched to 24 in 2023.

Saudi Arabia and Qatar are new on the calendar this year, with the latter absent in 2022 but having a 10-year deal from 2023, while Miami makes its debut next season.

“We know now that we have 23 races. It´s fantastic, good job from FOM (Formula One Management), I am looking forward to it,” Tost, told reporters ahead of the Turkish Grand Prix.

Tost said his Red Bull-owned and Italy-based team took care of their people, with race mechanics having three or four days off after a grand prix weekend.

He recalled also that in days gone by teams filled the gaps between races with testing, putting further strain on engineers and mechanics.

The number of races scheduled has been a concern for teams, with the bigger ones rotating staff while smaller ones worry about the risk of burnout and a high turnover.

They are also concerned about the stress of prolonged time away from family, particularly when strings of races are held in countries far from home.

Teams face a triple-header with races on successive weekends in Mexico, Brazil and Qatar next month.

Aston Martin’s Otmar Szafnauer said it was good to have so many countries eager to host races but teams had to be mindful of their staff.

“We have put operations in place both back at the factory and at the race track to make the travel as comfortable as possible for them, including sometimes rotating people and some other organizational changes.

“The factory will do more of the jobs that mechanics traditionally did at the track to just make it a little bit more pleasant for them. We look after them, including any mental health issues. We have a travelling doctor as well with us. We look after them as best we can,” explained Szafnauer.  (Report by Alan Baldwin)