Leclerc: Track has more grip and the car felt good 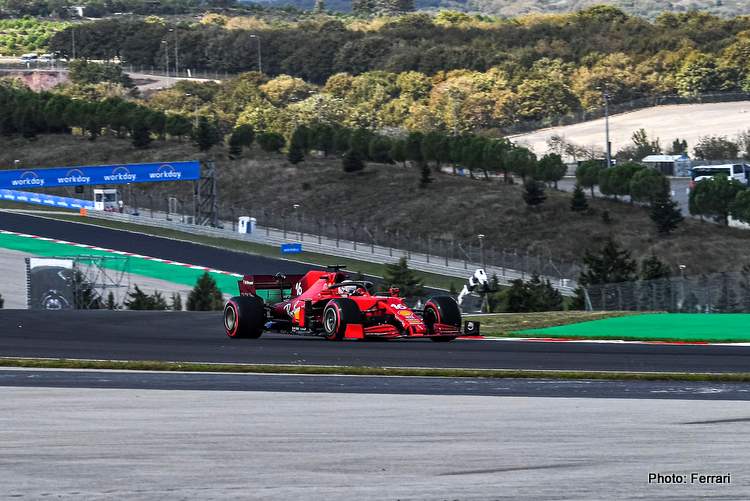 Ferrari were the surprise package on Friday, day one of the 2021 Turkish Grand Prix, with Charles Leclerc second fastest and Carlos Sainz prepping himself to start from the back of the grid on Sunday.

Hence, no surprise, the pair were set on different programmes with Leclerc tasked with the fast stuff which will serve him for qualifying tomorrow, while Sainz worked on race pace.

Just under two tenths down on Lewis Hamilton’s fastest lap, Leclerc did enough in FP2 to split the Black cars at the top of the timing screens, with Valtteri Bottas in the other Merc third fastest.

Leclerc said in the team report at day’s end: “Compared to last year, the track has more grip. The car felt really good today, and I really enjoyed driving as I could play with the rear of the car and rotate it like that. This seems to have worked out well for now, as we were quite competitive.

“Although things are looking positive so far, it’s only Friday. We need to keep our heads down and work on fine-tuning the car to have a good qualifying,” added the Monegasque.

Sainz said of his day: “A bit of a different Friday for us obviously, knowing we will start from the back of the grid due to the penalty for changing the PU. We checked everything was running smoothly, tried different setups and worked with the Soft and Medium tyres, focusing on the long runs.

“It felt quite strange to go into a Friday without attempting to go fast in the short runs, but our target this weekend is to make up places on Sunday.

“The car looks competitive and the track has changed a lot since last year. There’s a lot of grip, probably one of the highest of the season so far and it’s important to understand how it affects the tyres and the car performance,” explained the Spaniard.

Frerari are embroiled in a close battle for third place with old foes McLaren, behind runaway pace-setters Mercedes and Red Bull, with the Italian team trailing by 17.5 points ahead of Round 16 of the 2021 F1 World Championship on Sunday.