Sainz: Next year everyone starts from scratch 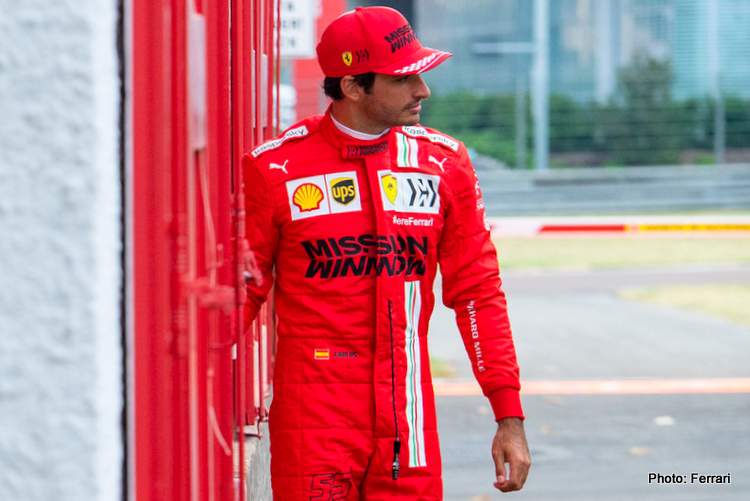 Carlos Sainz would love nothing more than battling Fernando Alonso for victories podiums in Formula 1 predicting such a scenario would be a big boost for Spanish fans, and hopes will happen when the sport resets next year.

Alonso once drove for Ferrari when times were better for the Reds, coming close to winning the title for the Scuderia until things soured and he walked at the end of 2014.

Five years later another Spaniard, Sainz stepped through the Maranello gates to partner Charles Leclerc in the sport’s most famous team. While the younger of the Spaniard has yet to win a race for Ferrari, Alonso did it in his first race for the team in Bahrain 2010.

A decade later Alonso is at Alpine, back on the grid after a two-season F1 hiatus, with his Spanish mate driving one of the Red cars.

Speaking to Marca ahead of the Turkish Grand Prix weekend, Sainz said: “I would like to see Fernando and me fighting for podiums and victories in 2022 instead of being like now, fighting for fifth and sixth places.

“It will be more fun for all F1 fans, in Spain it would be awesome to have a driver in a Ferrari and an Alpine driver fighting for podiums. It would be really cool.”

This year Ferrari, and Alpine for that matter, are no match for the pace-setting Mercedes and Red Bull teams. But on more than one occasion the two men from Spain have shone, putting their cars where they have no place being as was the case with Sainz’s intelligent third place at the Russian Grand Prix.

But the big hope is with new regulations in 2022, F1 will be more competitive with winners from more teams, Carlos explained: “Right now the cars produce aerodynamic results that work in a certain way, next year the aero will be different. There will be new wheels, we have engine tokens that others don’t and there are many things to try to improve.

“Next year everyone starts from scratch and we will not have the six or seven-tenths deficit that separates us from Mercedes and Red Bull.”

Sainz is hopeful that Ferrari will be in the title mix: “Mercedes and Red Bull will still be at a very high level but we [Ferrari] have made the necessary changes to adapt to this new F1.

“I would love to say that we are going to be in front but we have to wait, see where the others are and take care of ourselves, focus on what we can control and make sure we don’t leave anything undone.

That’s 2022! Seven rounds still remain in this world title schedule, although neither Sainz nor teammate Leclerc are contenders for the F1 drivers’ championship, Ferrari are fighting with McLaren for third place in the constructors’ race.

Sainz believes the forthcoming allows him to become even more familiar with the team with an eye firmly on hitting the ground running next year: “I’m sure that at the end of this season with more laps, more qualifying sessions, and more races, it will give me a better ‘feeling’ with the car.

“There are races in which I feel a little more comfortable and others not so much as we battle to finish in sixth or seventh place which helps the team in the F1 Constructors’ World Championship but I’m not so satisfied because I’d like to be fighting higher up the order but I feel it’s getting closer and closer,” he added.

Drivers that switched teams between seasons this year were compromised by reduced testing as well as the fact that they arrived in teams’ whose final edition of the current package was moulded to suit the drivers that have been with the team longer.

Daniel Ricciardo, Sergio Perez and Sebastian Vettel have, like Sainz, also taken time to get up to speed with their new teams. However, the Spaniard can take comfort in that he leads teammate Leclerc in the championship standings ahead of Round 16, this weekend’s Russian Grand Prix.

The battle for the 2021 F1 title is down to two drivers and two teams, Lewis Hamilton versus Max Verstappen, Mercedes versus Red Bull with Ferrari slugging it out with McLaren for third in the constructors’ championship.

“There are two drivers and teams fighting for the World Championship and that makes it much more entertaining for the spectator. The podiums are also much more competitive, McLaren and Ferrari are in a very nice fight. F1 is fun right now!” declared Sainz.