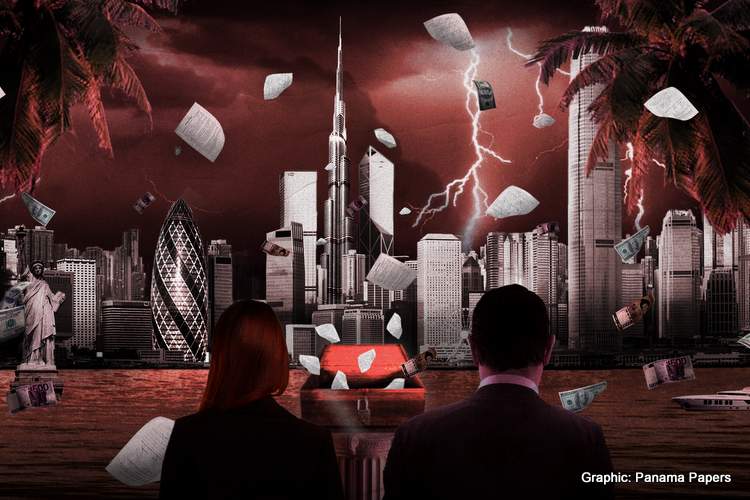 Several big Formula 1 names have been exposed by the Pandora Papers for what amounts to tax dodging. Among those allegedly involved were Bernie Ecclestone, Flavio Briatore, Jacques Villeneuve and Lawrence Stroll.

Yesterday, 3 October, over 130 billionaires were exposed by the Pandora Papers, through 11.9 million leaked documents (comprising 2.9 terabytes of data) published by the International Consortium of Investigative Journalists (ICIJ) beginning on 3 October 2021, while detailing how money was hidden by the wealthy in ways that law enforcement agencies could not detect.

The news organizations of the ICIJ described the document leak as their most expansive exposé of financial secrecy yet, containing documents, images, emails, and spreadsheets from 14 financial service companies in nations including Panama, Switzerland, and the UAE.

The International Consortium of Investigative Journalists (ICIJ), a Washington D.C.-based network of reporters and media organizations, said the files are linked to about 35 current and former national leaders, and more than 330 politicians, and public officials in 91 countries and territories.

It did not say how the files were obtained, and Reuters could not independently verify the allegations or documents detailed by the consortium.

The news reports have been published by the ICIJ and its media partners in the Pandora investigation, including The Washington Post, the BBC, The Guardian, Radio France and the Indian Express.

CBC report that “Villeneuve lived a life of luxury in Monaco and Switzerland during most of his racing career, but lived in Quebec for a period in the 1990s and from 2007 to 2013.

“The Pandora Papers show he had offshore companies set up in zero-tax jurisdictions from the start of his career, back in 1992. They were set up to receive racing and endorsement income.”

“The BVI firm is part of a complex offshore corporate structure through which wealthy shareholders like Stroll held interest in separate offshore companies.

“Stroll shows up in the documents as holding about 15 per cent interest in Superwit through a decades-old family trust called Polo Trust registered in Liechtenstein, another known tax haven.”

The report quotes Jonathan Dudman, personal financial adviser to Stroll, claiming all is above board: “Trusts have existed for a thousand years. People create trusts to own assets and to establish and manage and administer those estates. There’s nothing spectacular or special about it.”