Turkish Grand Prix: What are the odds for Istanbul? 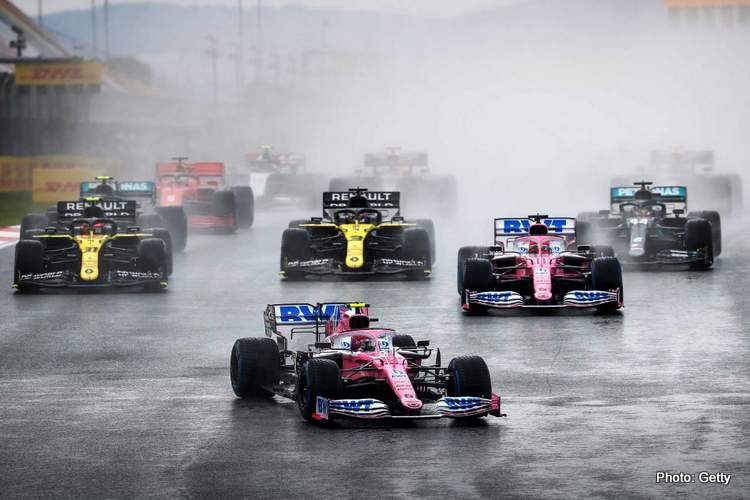 Formula 1 heads to Istanbul for the Turkish Grand Prix on Sunday, with Round 16 of the 2021 world championship battle open on all odds.

Seven-time F1 world champion Lewis Hamilton has clawed back his deficit to title rival Max Verstappen and now sits two points ahead of the Dutchman in the drivers’ standings after a commanding win in a rain-hit race, while Verstappen finished an impressive second after starting from the back of the grid after receiving an engine-related grid penalty.

Now according to Sports Betting Dime, Hamilton’s win in Sochi has opened up his odds, now at 5/4, but still trailing Verstappen who is still the favourite to win in Turkey, his odds at 10/11.

Alfa Romeo bound Valtteri Bottas lies third in the favourite-to-win list with his odds a respectable 16/1, as he may be able to capitalize on any misfortunes that may affect the title contenders, but his Red Bull counterpart Sergio Perez is one spot further considering his qualifying troubles this year compared to his teammate continue, his odds sitting at 20/1.

Lando Norris was the undisputed star of the Russian Grand Prix, for the wrong reasons towards the end though, which may explain why his chances to win in Turkey have slimmed down with him having a 35/1 chance to win, levelled with Ferrari’s Charles Leclerc who has always impressed, but whose new upgraded power unit still a mystery in terms of the performance advantage it gives him.

After winning in Monza, McLaren’s Daniel Ricciardo still struggled to match the pace of his younger teammate. His fourth place in Russia was down to some proper capitalization on the wet conditions, switching to intermediates in the right time, so he lies seventh on this list of favourites to win in Turkey, his odds at 65/1, a stark difference from Norris.

It seems that Carlos Sainz’s impressive performance for Ferrari in Russia has not boosted his chances of winning in Turkey and his chances are clearly less than his teammate Leclerc at 65/1. This shows how close Ferrari and McLaren are in their fight for third in the Constructors’ Championship.

George Russell has been quite impressive this season, and it is no surprise that Mercedes have signed him up to partner Hamilton next season, but the reality is that the British driver would need a miracle to win as Sports Betting Dime projections show, as he lies before last, his odds at 100/1, but surprisingly ahead of Pierre Gasly, whose performances this year have impressed many in the F1 paddock as well as a decently fast car under him.

Gasly’s Monza and Sochi races have need miserable nevertheless which puts him in the last position on the list at 150/1.

The Turkish Grand Prix has been drafted this year after the cancellation of the Canadian Grand Prix. It is the 8th time that F1 races in Turkey, with a track, that all teams and drivers thoroughly enjoy.

Last year Hamilton won the race, which started on a wet track, in Istanbul with Sergio Perez in the Racing Point second and Sebastian Vettel, at Ferrari then, in third. The victory on the day was enough for Hamilton to clinch his seventh F1 title.