Inside Line: Bernie sprinkler idea not so crazy after all 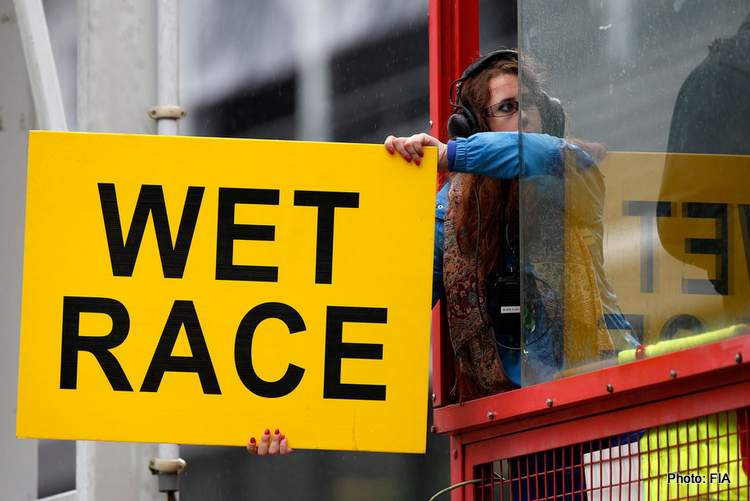 It was a cranky idea at the time and attracted the derision it deserved but now, in retrospect and with new world technology, perhaps it’s not as zany as it sounds.

In 2011, while ruling F1 with an iron fist, Ecclestone proposed the idea of inducing fake rain: “There’s no reason why sprinklers shouldn’t happen. There’s so much support because wet races are always the best by far.

“I thought maybe at the beginning it was a little crazy but it’s surprising how much support that idea is getting now. Providing we do it so nobody would know when it was going to happen, like when it rains, I think it would make for a lot of entertainment.

Ironically, during a season that keeps on giving entertainment packed races, the answer to Ecclestone’s question is a resounding: “Yes!” Indeeed it would if the 2021 Russian Grand Prix is anything to go by.

The rain at Sochi, as we all now know, played a decisive role in the outcome of an enthralling race. A day earlier rain had also impacted the day, with FP3 washed out and qualifying held under tricky wet conditions.

In the Grand Prix, starting from pole for the first time, McLaren driver Lando Norris never put a foot wrong all day and looked to have everything under control for his maiden win. Another sparkling drive by the lad that further impressed everyone immensely. His first victory beckoned.

Behind him Lewis Hamilton, hunting his incredible 100th F1 victory, had thrown everything at the Young Gun but to no avail, while title contender Max Verstappen looked destined for seventh, maybe sixth if lucky; a blow to the Red Bull driver’s title hopes and a solid points haul by the Mercedes man over his rival.

But then, on lap 50, that all changed when “Bernie’s sprinklers” suddenly switched on, transforming sections of the track into proper skid-pans and turned the race topsy-turvey before you could blink an eye. The remaining five minutes were jaw dropping stuff, you could never script this shit!

The Kid who was going to win his first Grand Prix was allowed to make the wrong calls, skidded out of the lead while the man with 99 wins, who had no answer to him all day, before sprinklers came into play, made it 100 victories in the top flight.

Furthermore, Verstappen who had started from last, also enjoyed a boost of long overdue good luck to finish second on a day he would have been good for seventh, or sixth at best, until the sprinklers came on of course.

The sudden wetness killed two birds with one stone, made the race unforgettable, turned it historic and maintained the gap in the F1 title race between Hamilton and Verstappen, at two points with eight rounds remaining!

Okay, this is all a bit tongue in cheek and granted, faking it all is still an out there concept, but somehow to me, revisiting the idea a decade later does not seem as crazy as it sounded then.

But then you could still ask the questions, what is more fake: DRS or sprinklers? Tire-warmers or generated rain?

This somehow triggered the idea of injecting those mundane Sprint Races (which they appear intent on making us endure) with a arbitray five or ten minute sprinkler deluge at select corners or even the whole track – properly randomised – to spice up the show, as they like to say.

Imagine how cool that would be, bright sunlight, warm day, not a cloud in the sky and suddenly, the track is wet, wet, wet – the lads struggling to go straight, aquaplaning and all the good stuff that surfaces when a race track is drowned – as it was over the Russian Olympic venue last Sunday, without the sunshine that sprinklers would allow for.

Honestly, the more I ponder Bernie’s fake rain idea, the more viable it becomes in my mind’s-eye. Think about…

The Sochi rain made even the simplest corner in the pit lane very, very challenging! 😅#RussianGP #F1 pic.twitter.com/QRfGO9Zfwj

In closing, Ecclestone-owned track, Paul Ricard have the technology in place already and boast on their website about their “Ultra-refined watering system enabling rainy driving conditions to be reproduced on 64 of the circuit’s track configurations.”

2022 French Grand Prix for a Bernie sprinkler trial? Or even sooner at the 2021 season finale in Abu Dhabi, they also have a system to artificially simulate rain conditions…