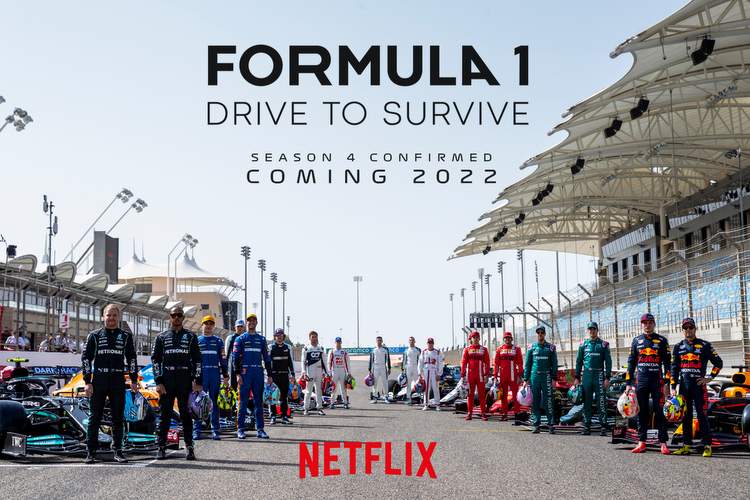 It’s been reported that video streaming behemoth Netflix is considering making the move into live sports broadcasting – and F1 could be the first sport that it targets.

The firm’s CEO Reed Hastings has admitted that when the US TV rights for Formula 1 become available, “we would think about it” – in direct reference to bidding for the license.

In the UK, the live TV rights are contracted to Sky Sports, whose deal runs out in 2024. But in the United States, ESPN’s current deal runs out at the end of the 2022 season – potentially leaving the door ajar to a rival bid in the near future.

Would you like to see F1 on Netflix in the future? 📺 https://t.co/7sbFHVxKTk

Hastings has confirmed that a lack of control over the ‘product’ has prevented Netflix from bidding on other live sports. He revealed that unless Netflix owns every aspect of the competition, including who their commercial partners are, they couldn’t guarantee their viewers a ‘safe deal’ – a pre-requisite for any agreement.

It would be interesting to see how negotiations on that front would work with F1, who are not shy in buddying up with a number of different companies in a wide variety of sectors. As well as merchandising and brand partnerships, Formula 1 has allowed all manner of products to emerge using their theme – Spielo Games created the popular Formula X slot game, a title with three different jackpots, which can be enjoyed at LeoVegas Casino, while there are a host of other new article releases for F1 fans to try.

It’s not impossible that Netflix would launch a bid to take over the running of the whole Formula 1 organization, and that would replicate the current deal that Liberty Media has in place with F1.

Interestingly, chiefs behind the F1 brand admitted earlier in 2021 that they had spoken to Amazon Prime about the possibility of a streaming deal, although head of media rights Ian Holmes revealed that the discussions had yet to bear fruit.

One of the factors that may well have piqued the interest of Netflix is the success of their ongoing collaboration with F1 – the documentary series Drive to Survive.

Considered to be a critical and ratings’ success, the McLaren driver Daniel Ricciardo has claimed that the series has helped to put the sport ‘on the map’ in the US, where it competes for attention with perennial motor racing favorite NASCAR.

Flashback to a year ago when we were gearing up towards another season in the F1 paddock.
Little did we know what was ahead of us…
How @F1 managed to pull off a season like 2020 is frankly mind-boggling, but they did, and we were there to film it.#DriveToSurvive #F1 pic.twitter.com/2xx4XXTdba

The viewing figures stateside for the 2021 season are up a considerable 50% on those recorded in 2020, and the suggestion is that Drive to Survive has been a crucial part in building awareness of the teams, their drivers and their unique personalities and narratives.

Of course, it also helps that the Drivers’ Championship race is truly competitive for the first time in a long while. The rivalry between Lewis Hamilton and Max Verstappen is making headline news around the globe – sometimes for the wrong reasons – but the history books show that casual sports fans love such intensity. Senna vs Prost and Hunt vs Lauda have both since been immortalized on the silver screen, such was the ferocity between the duos.

And so these are fantastic times for F1 as a commercial product. Maybe a deal with Netflix would take the sport to whole new stratosphere