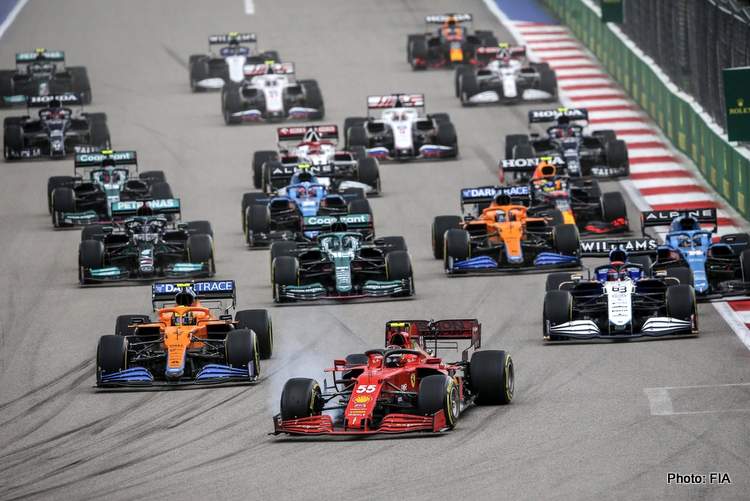 This weekend’s 2021 Russian Grand Prix at the Sochi Autodrom was a two chapter race that any of the top ten finishers could have won if they’d have rolled the intermediate tyre dice at the exact right time.

Of course, Red Bull can celebrate minimal collateral damage from Max Verstappen’s power unit change that had him starting from the wrong end of the grid, but inevitably, it was not only the sublime tyre management of seven times World Champion Lewis Hamilton that had him looming large in the rearview mirrors of Lando Norris as the rain commenced, but it was also decades of experience that had him observing his teams recommendation to pit for the inters just before it was too late.

In comparison, it was Norris’s inexperience in not knowing when to listen to the advice of his engineer, as opposed to that of his instinct that left him stranded on a monsoon wet circuit on dry weather tyres that completely negated what was up until then the drive of the season, in my opinion.

I am sure some of the experienced members of his crew were left with a sour taste in their mouth and probably considered it selfish. McLaren’s post-race debrief should have been somewhat uncomfortable.

Nevertheless, from a technical perspective, the weekend in Sochi saw a definite trend to higher downforce setups across the board after Friday’s FP1 and FP2 dry running. Even Mercedes, who were running quite slender rear wings on both cars, reconfigured to a higher downforce setting before the post-qualifying parc ferme condition was applied.

The exception being Max Verstappen choosing a low downforce configuration, presumably to aid in overtaking from his rear of grid start, and confirmed by his fastest speed trap recording in Q1, even though he did not set a time.

Why such a focus on downforce on a circuit like Sochi with two quite long straights? Tyre management.

In case you were wondering why Verstappen was allowed to take his position at the rear of the grid even though he didn’t set a time, Article 36.2 of the FIA Formula One Sporting Regulations allowed it because the Qualifying Session was declared “wet” by the Race Director.

There were many technical aspects during the Russian Grand Prix weekend worthy of discussion.

Indeed, in previous years the Russian Grand Prix has often been a boring non-event, but in 2021 we were privy to an exciting edge of the seat affair and let’s hope the season continues this way!