Hakkinen: F1 is giving us a season to remember 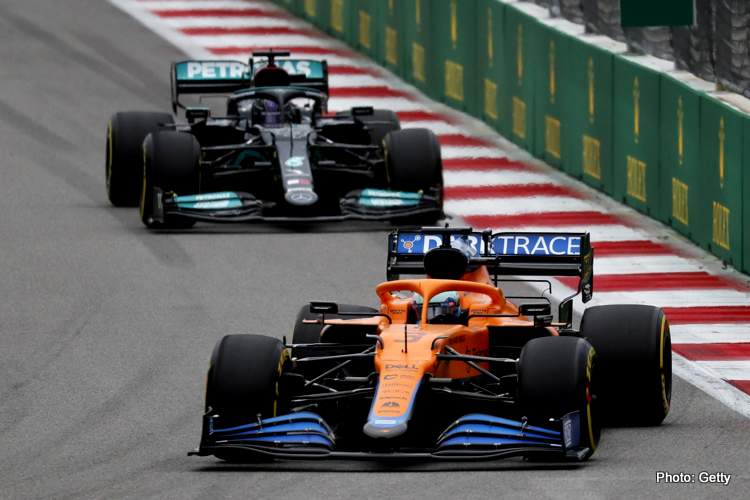 The 2021 Formula 1 season is one that keeps on giving, there has hardly been a dull race and now, after a drama-packed Russian Grand Prix, Mika Häkkinen is hailing this as “a season to remember” and there are still seven rounds to go!

Double F1 World Champion Mika Häkkinen knows a thing or two about tough title battles, he saw off Ferrari led by Michael Schumacher in 1998 and 1999, and might have denied the German legend in 2000 had the Reds not finished the season with a run of four successive victories.

After an enthralling Sunday afternoon, like most F1 fans Häkkinen was inspired by the race at Sochi Autodrom. This is what he had to say in his latest Unibet column: “It was an incredible race to watch. F1 is giving us a season to remember. I think the last five laps had everyone on the edge of their seats, and that’s what we like to see!”

Indeed, it all came down to quick thinking by drivers and their teams when rain pelted down over the Olympic venue, demanding Pirelli inters. At that point, Lando Norris looked set for his first-ever F1 victory after a stellar performance which included defending against eventual race-winner Lewis Hamilton.

But the rain came down, McLaren ignored common sense to heed to their driver and kept Norris out a lap too long. Mercedes made the right call and Hamilton won. Norris was seventh.

The moment a first #F1 win finally slipped away from Lando Norris#RussianGP pic.twitter.com/W3ofVyM6Fb

Häkkinen continued: “I felt sorry for Lando Norris who drove brilliantly all weekend, grabbed pole position in difficult conditions and dominated the race until the rain arrived. After finishing 2nd to McLaren teammate Daniel Ricciardo in Italy you could really sense his determination and focus on getting the win in Sochi. No one should blame him for making the decision to try and keep his lead when the rain started to fall.

“It is easy to criticise, but when you are trying to score your first win in F1 you often face difficult decisions. In this case, the decision to stop felt harder than the decision to carry on and try to take the win. Lando has great car control, particularly in the wet, so it came down to how confident he felt and how much risk he was prepared to take.

“No matter what the team is thinking, the driver is the one who knows how much grip he has in the car. You feel it through your hands on the steering wheel, your feet on the pedals and the seat of your pants in the car. As the grip falls away only you know which parts of the track are still dry enough, and Lando felt he might be able to get the car to the finish – especially when Lewis Hamilton made his pit stop for intermediate tyres.

“But the moment the rain became heavy Lando had no chance. It’s like trying to walk on ice on normal shoes! It was a brave gamble, and to see how disappointed he, Daniel and the McLaren team are to finish 4th and 7th shows just how high their ambitions are at this stage in the season.

“As I have said before, I have no doubt Lando’s first win is not far away. He should be proud of his performance on Sunday.”

As for Hamilton, the Finn said: “Meanwhile, Lewis used all his natural speed and experience to take an amazing 100th Grand Prix victory. It is a huge achievement for the seven times World Champion.

“He showed another important quality in the race – patience. It’s a quality you learn over time, particularly when you have confidence in yourself, your car and the team. You learn to focus on simply driving your best strategy, allowing the race to come to you.

“You could see that in Sochi. Despite a difficult qualifying and dropping three places at the start, Lewis’s recovery was steady. He picked off each target and calmly worked his way into the fight with Lando. In the dry conditions, he found it more difficult to get past Lando’s McLaren, so when the rain arrived it became a clear opportunity for Lewis to take.

“It is a very important win in relation to the World Championship. It is Lewis’s first victory since his home win at Silverstone in July, and one he needed to score since championship rival Max Verstappen started from the back of the grid.”

Indeed the Red Bull driver was last, but carved his way up the order and was sixth by lap 15 but after the pitstops he laboured to make his way back and looked set for sixth maximum, perhaps even seventh. But his team also got their sums right.

Häkkinen reflected on the Dutchman’s weekend: “Red Bull’s decision to give Max a new power unit, putting him to the back of the grid on a circuit which normally suits Mercedes, and eliminating his 3-place grid penalty, took a lot of courage. It really paid off.

“It was amazing to see Max finished 2nd. For a long time, it looked like this Grand Prix was going away from him, trapped outside the top 5 and finding it difficult to make the progress he wanted. When the rain came his pit stop was quick and perfectly timed.

“That second place means that although Lewis won the race and regained the lead in the World Championship, Max is only 2 points behind. The championship could not be more finely balanced.

Carlos Sainz led the race and finished third, a good result for Ferrari and one that helps to keep them in touch with McLaren for 3rd place in the team’s championship.

“I have the sense that McLaren now have the consistently faster car, but their battle for 3rd is just as tight as the duel between Mercedes and Red Bull Racing for the World Championship title.

“I am looking forward to Turkey!” added Hakkinen, a living F1 legend, no doubt speaking on behalf of the billions of F1 fans around the globe. 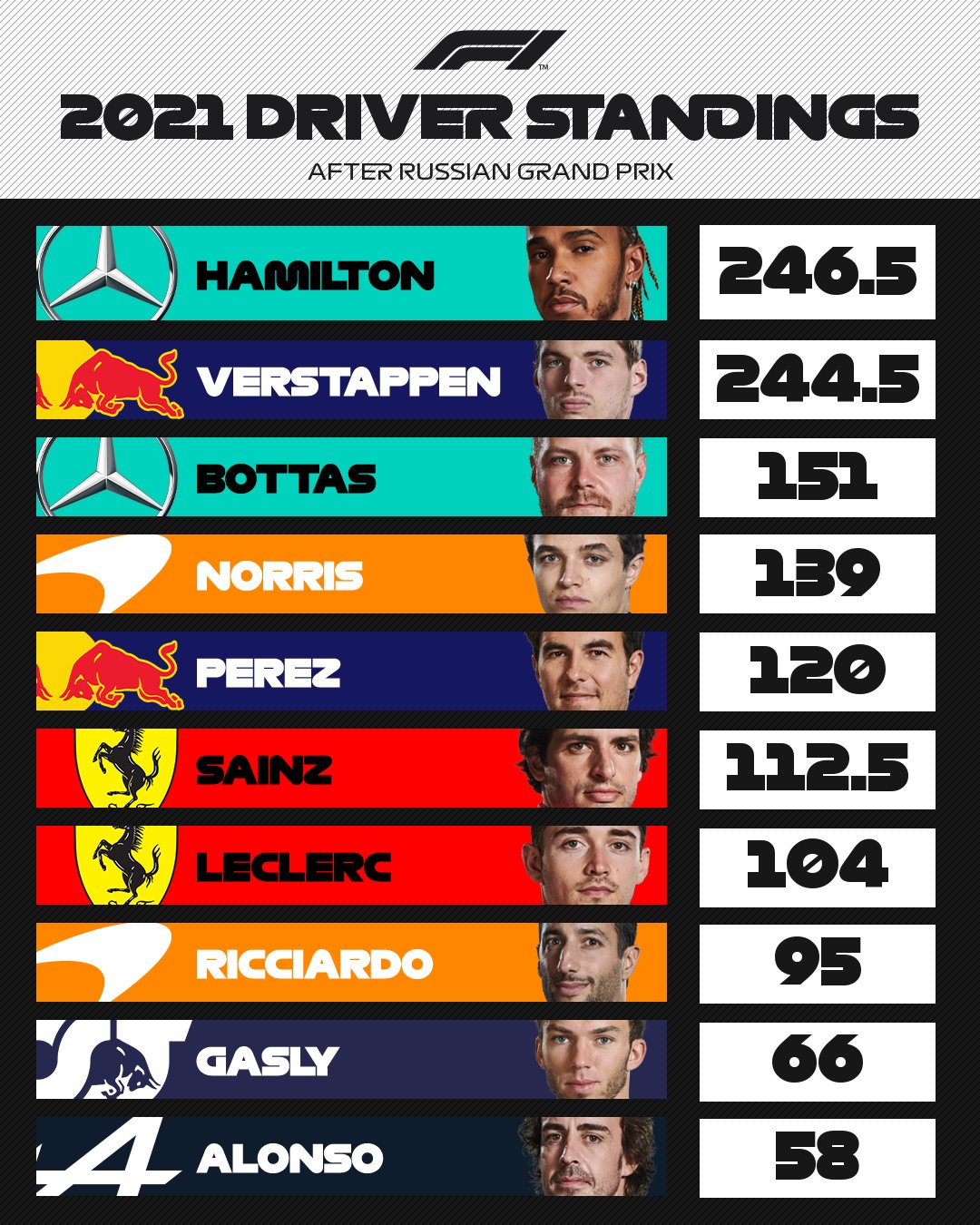 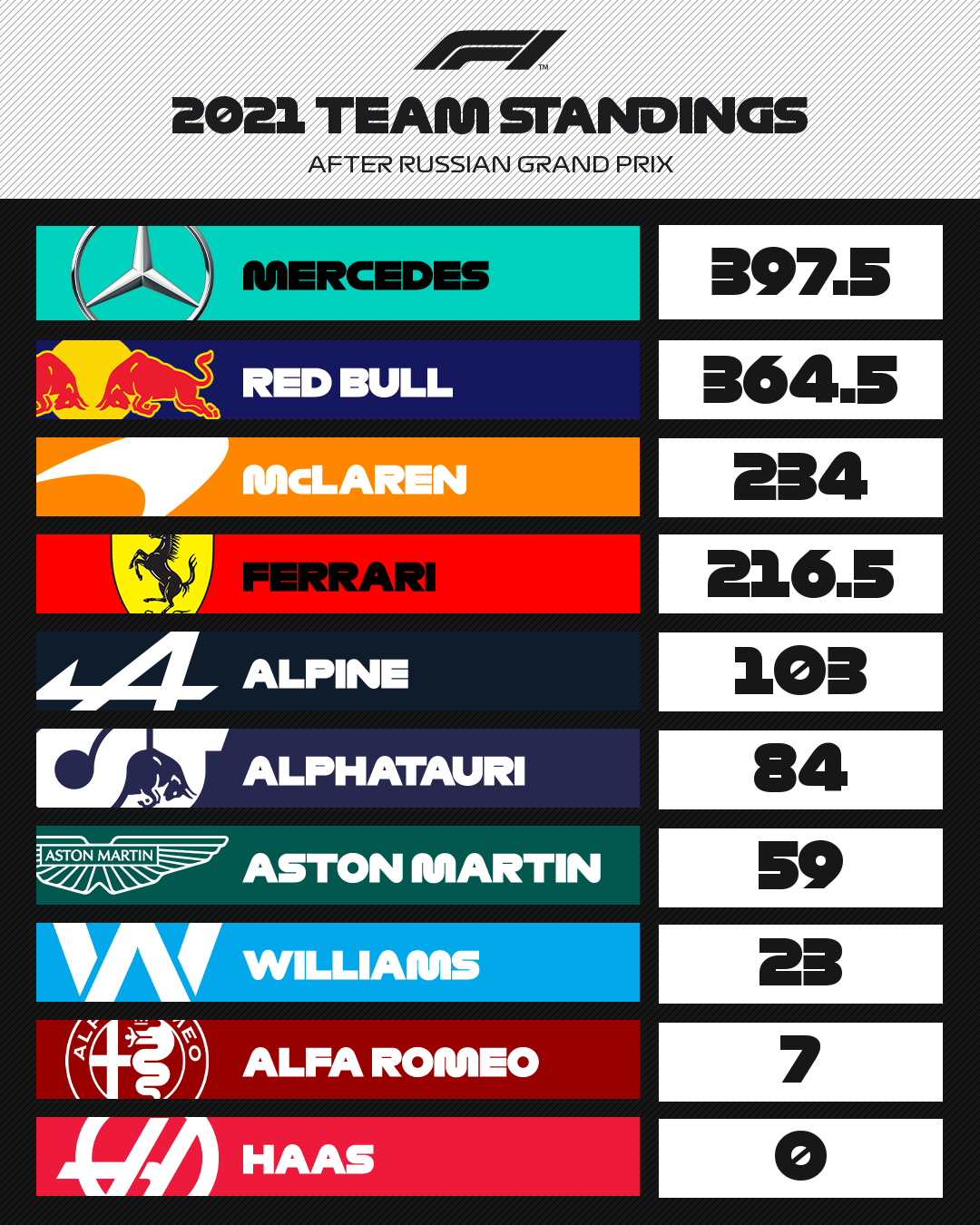