Leclerc: I am happy for the team and Carlos 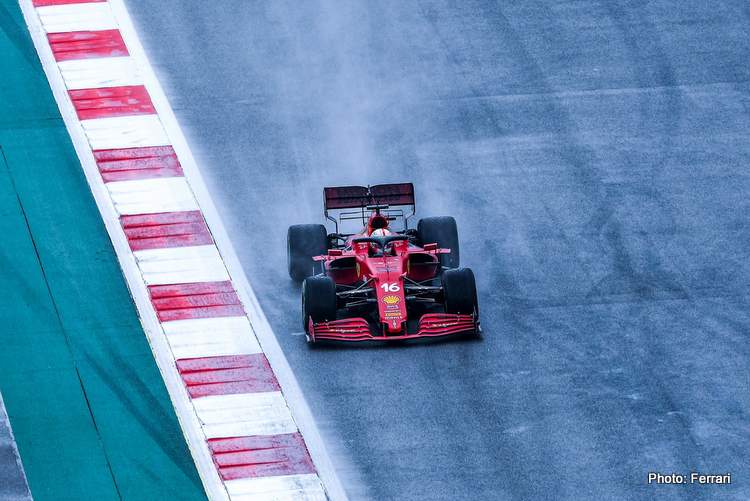 Charles Leclerc was always going to be on the back foot during this week’s 2021 Russian Grand Prix, as Ferrari decided to give him the newly updated power unit in Sochi.

That meant, naturally, that Leclerc will have to start from the back of the grid after serving his grid penalty, but with a fresh and upgraded power unit, he might just have enough firepower to launch a proper attack into the points come race day.

Unlike Max Verstappen – also starting from the back of the grid for the same reason – who didn’t turn a wheel in qualifying, Leclerc opted to run in Q1 and duly reached Q2, where he parked his car and hit an early shower.

In his team’s press review, the Monegasque explained why: “The conditions today were not ones we experience very often during a season, but they are those with which, recently, we have struggled the most.

“So, despite knowing that we would start from the back row tomorrow, we decided it was a good opportunity to get out, rack up some mileage and learn for the future. I think we achieved that goal today.”

“I really enjoyed driving, as the track had very high grip in the rain and we were quite competitive right from the start. That was good to see.

“I’m happy for the team and Carlos for the good result today and we will both give it our all in the race.” he concluded acknowledging the great job his teammate Carlos Sainz did in the sister Ferrari on the day.

All eyes will be on Leclerc tomorrow as he charges through the field, something he has done before with style.