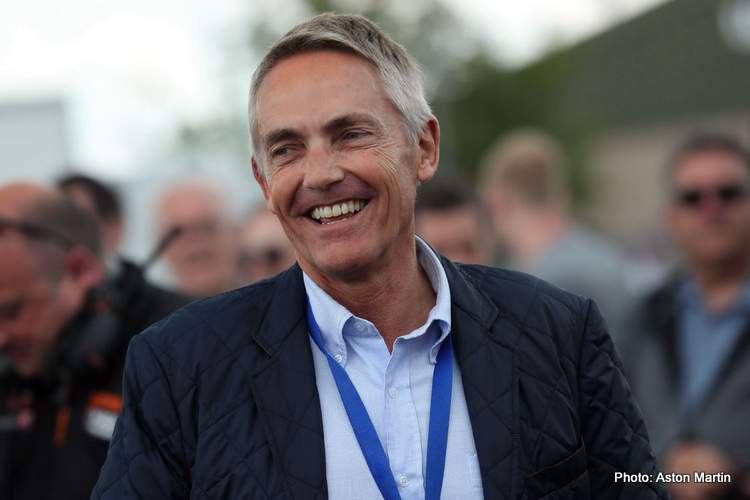 This week’s announcement by Lawrence Stroll of the appointment of Martin Whitmarsh to the role of Aston Martin Performance Technologies CEO for me is a fantastic one, but for someone so accomplished in Formula 1, it is disappointing that he has so many distractors.

Martin joined McLaren in the late 1980’s as Head of Operations, coming from an engineering background in aerospace at BAE and remained there just over 24 years, eventually taking up the role of Team Principal and CEO, until he was forced to leave in 2014.

During his time at Woking the team won four World Constructors’ titles, six World Drivers’ Championships, and over 100 Grands Prix.

Martin is a highly intelligent, experienced, and successful engineer, manager, and leader whose softly spoken, empowering, and extremely loyal management style has always been revered, not only by his subordinates in business and sport, but also by many of his peers.

I challenge anyone reading this to find a person who has worked with or for Martin that would have a single negative thing to say about him.

Nevertheless, the legacy of Martin’s time at McLaren seems to have been permanently tainted due to the ill-informed perceptions of many in the media and public, and unfortunately for him, he was CEO of McLaren at a time that was probably the most tumultuous in the company’s history, as Chairman and partial owner Ron Dennis over-rode much of his authority.

There were events that transpired at the time for which many have held Whitmarsh at least partially culpable for; the 2007 Nigel Stepney Spygate affair, the demise of the relationship between McLaren and Alonso, the 2012-2013 performance drop off ,and the demise of the McLaren-Mercedes relationship.

However, any criticism of the performance of high-level McLaren management of the time can only be fair and balanced with an acknowledgement that with Ron always hovering and influencing direction, Martin was only ever subservient and powerless to overrule.

The break down of the McLaren-Mercedes partnership had Ron’s name all over it. The decision to go into direct business competition with Mercedes (an important shareholder of McLaren at the time), Ron’s bullish attitude to restructuring their shares, and the lack of Mercedes influence allowed at a Board level, all combined to result in Mercedes reassessing the partnership.

It was indeed in his role as the chairman of the now defunct FOTA (Formula One Teams Association), that Martin – putting the greater needs of the sport above those of his own personal interests – brokered a deal in which McLaren relinquished their exclusive engine deal with Mercedes to allow Brawn GP access to them in 2009. Brawn GP won the 2009 World Drivers’ and Constructors’ Championships, paving the pathway for what is now the Mercedes factory team.

Inevitably, it was Ron’s use of Martin as the scapegoat that caused his departure from McLaren in 2014, but it was also major and long term McLaren shareholder Mansour Ojjeh taking such exception to Ron doing this, that created such an irrecoverable rift between the two that the removal of Ron from the company was the only tenable option.

Martin Whitmarsh will be a great resource to Lawrence Stroll at Aston Martin and invaluable to the company, but before people decide to crucify him for what happened during his time at McLaren, they should really be informed with respect to what really happened.