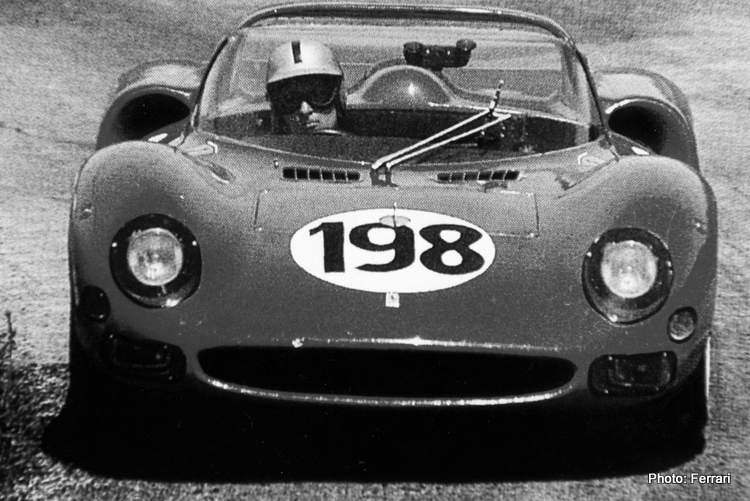 Ferrari pay tribute to one of their legendary drivers – Nino Vaccarella – who passed away this week, a driver who was discovered by Enzo Ferrari and well respected by Tifosi.

The world’s most famous team wrote on their website:

“A temperamental driver. Calm and staid on the outside, you could feel that within him burned the fire and passion of his native land. The route of the Madonie highlighted his skills as a road racer and it took something special for him not to win or at least be among the leaders. He had some great victories.”

That’s how Enzo Ferrari, writing in his book “Piloti, che gente…” recalled the Italian Nino Vaccarella, a sports car racing specialist, who died today in his native Palermo at the age of 88.

Vaccarella was born in the Sicilian city on 4 March 1933 and graduated in law, while being passionate about motor racing from an early age, racing all over Sicily in any type of car. He started out with his father’s Fiat Abarth 1100 and he made a name for himself with it in 1956.

As a local man, he had a perfect knowledge of the route of the Targa Florio, one of the first events he entered. In 1959, he won the Pergusa Grand Prix with a Maserati and that brought him national acclaim.

However, Nino was unable to dedicate his whole life to racing, because on the death of his father at an early age, he and his sister took over the running of the family-owned private school, the Alfredo Oriani Technical Commercial Institute. He was the deputy principal and taught English.

At the start of the Sixties, the Sicilian met Count Giovanni Volpi di Misurata, who hired him for his Scuderia Serenissima Republica di Venezia team, which allowed him to drive various Ferraris. In 1961, at the wheel of a 250 GT, he came third in the Paris 1000 Km alongside Frenchman Maurice Trintignant, while the following year, in a 250 Testa Rossa, he won his class in the Trophée d’Auvergne.

This performance attracted the attention of Enzo Ferrari, who invited Vaccarella to Maranello and after just a brief chat, decided to put him under contract for the 1963 season.

His debut was exceptional: at Sebring, a difficult track he had never seen before, Nino was immediately a front runner, helping the Scuderia to a one-two finish in the 12 Hours, the opening round of the Championship for Makes.

He shared a 250 P with Lorenzo Bandini and the Belgian Willy Mairesse, finishing behind the sister car of Ludovico Scarfiotti and John Surtees. The following year another one-two finish, Nino again second along with Scarfiotti behind Mike Parkes and Umberto Maglioli.

With Scarfiotti he would also win the Nurburgring 1000 Km on the fearsome Nordschleife and less than a month later, Vaccarella took victory in the Le Mans 24 Hours along with Frenchman Jean Guichet. Nino’s name was writ large across the front pages of “L’Equipe” and “La Gazzetta dello Sport,” who used the nickname he had been given back in Palermo, the “Flying Headmaster.”

There was no time to celebrate, as he tackled a three hour drive to Orly airport to fly home immediately, so that he would be on hand for his students’ English lessons the following morning.

However, Nino was not yet a prophet in his own land: for the 1965 Targa Florio, he and Lorenzo Bandini were among the strong favourites and of course the crowd favourite, with his name written on the walls that marked out the rout of the 72 kilometres of the Madonie Circuit, that competitors had to tackle ten times.

The number 198 Ferrari 275 P2 dominated the race at an incredible pace and took the win in just over seven hours, over four minutes ahead of the first of a quartet of works Porsches from the Stuttgart marque. It was his crowning glory: this time the “Flying Headmaster” could enjoy the adulation on home soil.

Enzo Ferrari rewarded him with a drive in the Italian Formula 1 Grand Prix at the wheel of a factory Ferrari 158 F1. The Sicilian did not disgrace himself, running as high as sixth before he had to retire with a technical problem, when there were 18 laps remaining.

The partnership with Ferrari took a temporary halt in 1967, but resumed in 1970 when Nino won the Sebring 12 Hours along with Ignazio Giunti and Mario Andretti at the wheel of a 512 S, in which he also came second at Monza and third in the Targa Florio.

Vaccarella would be the home-grown hero on two more occasions, winning the Targa Florio in 1971 and 1975 with Alfa Romeo, but as he recalled once he had retired, “the first time was special and the win is engraved on my heart, more than any other.”

After the 1975 win, “Ninni” as he was known to his fellow countrymen, decided to retire from racing, now that he was over forty years old. Shortly after that he was awarded the recognition of Knight of the Order of Merit of the Italian Republic.” I

In later life, he continued to dedicate himself to the family school and supported his son Giovanni’s racing activities until an accident put an end to his career. In 2007, he took part in celebrations at Fiorano, at the wheel of the Auto Avio Costruzioni 815, the first car built by Enzo Ferrari, after he had ended his relationship with Alfa Romeo.

In 2016, Vaccarella revisited Le Mans where he was reunited with his former team-mate Jean Guichet, for one last time, 52 years on from their win.

Piero Ferrari recalled with sadness: “A driver whose achievements honoured Ferrari, but above all a true gentleman driver. His name inevitably makes me think of the Targa Florio, his home event, even though he was talented enough to win many other important races.

“I never had the pleasure of seeing him race on the streets of the Madonie, but I remember him testing a 312 P at Fiorano and posting a time, which was then the record at that track for this car.

“I saw him again at Fiorano during the celebrations for the 60th anniversary of the Prancing Horse, when he drove the Auto Avio 815, the first car built by my father. It was a wonderful day to remember together so many victories and such happy times spent with our cars,” concluded Ferrari.

We will miss you “Flying Headmaster”